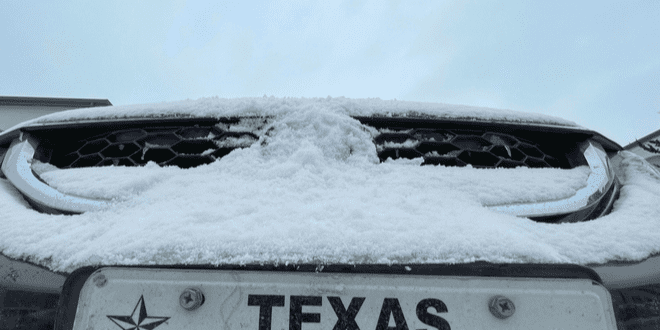 And I Myself—declares Hashem—will be a wall of fire all around it, and I will be a glory inside it. Zechariah 2:9 (The Israel BibleTM)

Israel 365: Israel 365: The year’s coldest weather hit the central US last week and though the direct cause was a polar vortex that came sweeping down from the north, a closer look at the history of the tragically misnamed “Peace process” shows an undeniable correlation between anti-Israel policy and massive natural catastrophes, economic disasters, or worse.

Though Biden’s Middle East policy may seem unrelated, it should be noted that in the few short weeks since he has been in office, his administration has reversed many of the pro-Israel policies set in place by the Trump Administration. This distancing from the US’s closest ally was indicated by Biden’s refraining from contacting the Israeli Prime Minister until last Wednesday. his was in direct contradiction to his administration reestablishing relations with the Palestinian Authority and restoring aid.

On Thursday, the administration announced that they had accepted an invitation to meet with Iran to negotiate a return to the Joint Comprehensive Plan of Action (JCPOA) commonly known as the Iran nuclear deal. The Obama-brokered agreement signed in 2915 would effectively give Iran an unrestrained nuclear weapons program within four years.

“Keep me as the [a]apple of Your eye;
Hide me under the shadow of Your wings,
9 From the wicked who oppress me,
From my deadly enemies who surround me.” Psalm 17:8-9

A look at the history of such ill-treatment of the “apple of God’s eye” reveals a solid correlation between natural disasters and Washington’s ill treatment of Israel. Read More