Assessment: Add Fourth of July cookouts to the list of what Americans will pay more for this year — a lot more …

Ground beef prices are up 36% from a year ago, while chicken breasts gained by a third, according to a survey from the American Farm Bureau Federation. Overall, revelers can expect to spend 17% more on food for a barbecue, marking the biggest increase since the lobbying organization began tracking data a decade ago. 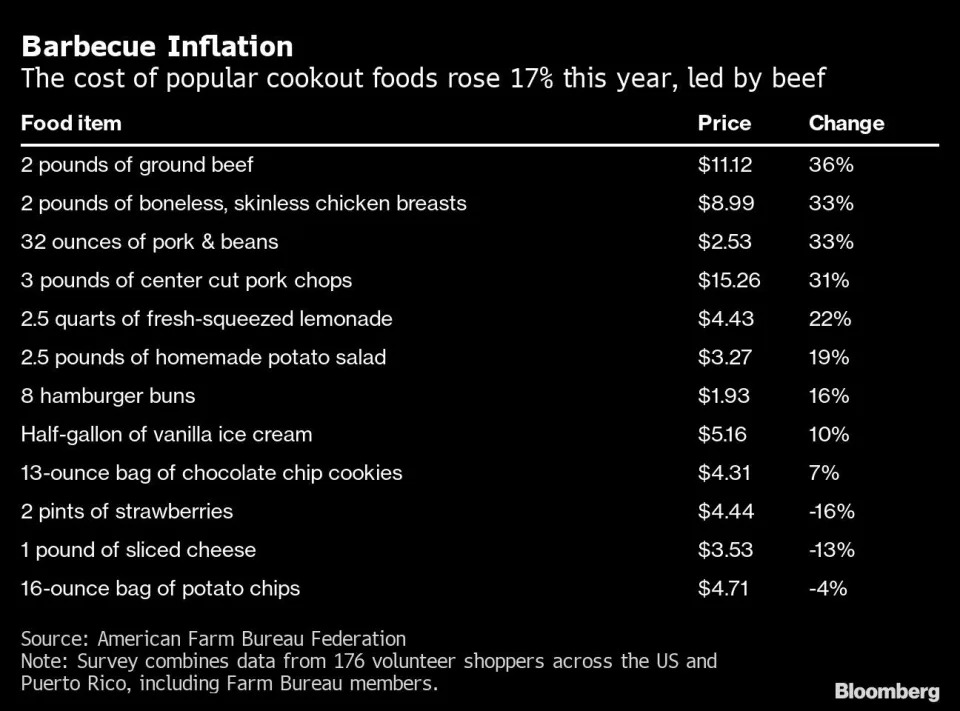 In 2021, the cost of an Independence Day cookout declined by less than 1%, according to the group. But much has changed since then. Costs for fuel, labor and key farming inputs like fertilizer have soared. Russia’s invasion of Ukraine has worsened the situation by disrupting global agriculture supply chains, according to Roger Cryan, chief economist for the Farm Bureau.

Paying more for burgers and lemonade (up 22%) hits just as one measure of US consumer sentiment fell to an all-time low. How that will impact spending remains to be seen, but the shoppers did pull back in May, and there are more predictions of a looming recession.

However, not all foods in the survey saw big jumps in price. Strawberries sank 16% and sliced cheese fell 13%.