Home PT Middle East Iran Warns EU to Back Down

Jerusalem online: Iranian President Hassan Rouhani has urged European countries that are participants of the nuclear deal to refrain from using threats or pressure in any negotiations with the country.

“On the mountains of Israel you will fall, you and all your troops and the nations with you. I will give you as food to all kinds of carrion birds and to the wild animals.” Ezekiel 39:4

“The best way to resolve problems with European partners at various bilateral, regional and international levels is negotiation based on mutual respect and the avoidance of any threat or pressure,” Rouhani said at the meeting, according to the Iranian Presidency’s press release. 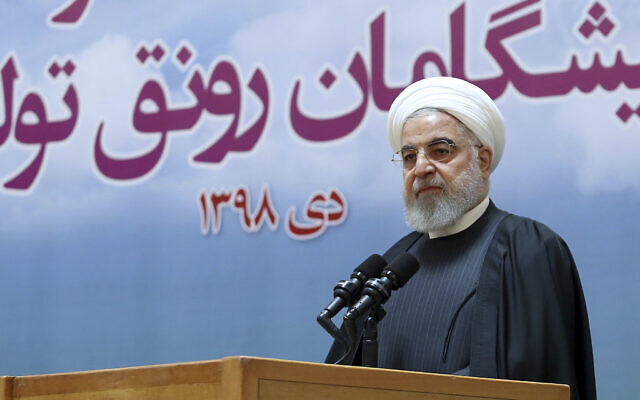 Rouhani emphasized the country’s commitment to abiding by the terms of the deal and condemned the “inaction” of its European partners.

“The Islamic Republic of Iran is committed to the deal and its preservation and is the only party that has paid for it, but this cannot continue this way, and full implementation of UN Security Council Resolution 2231 by all members is essential for maintaining and reviving the JCPOA,” he said. Read More