An Iranian girl in middle school was beaten to death after police officers found a torn-up photo of former Iranian Supreme Leader Ruhollah Khomeini in one of her schoolbooks, local news outlet in the Sistan and Baluchestan Province Haalvsh reported on Sunday night.

“This is what the Lord of armies says: ‘Behold, I am going to break the bow of Elam (southern Iran), The finest of their might.” Jeremiah 49:35 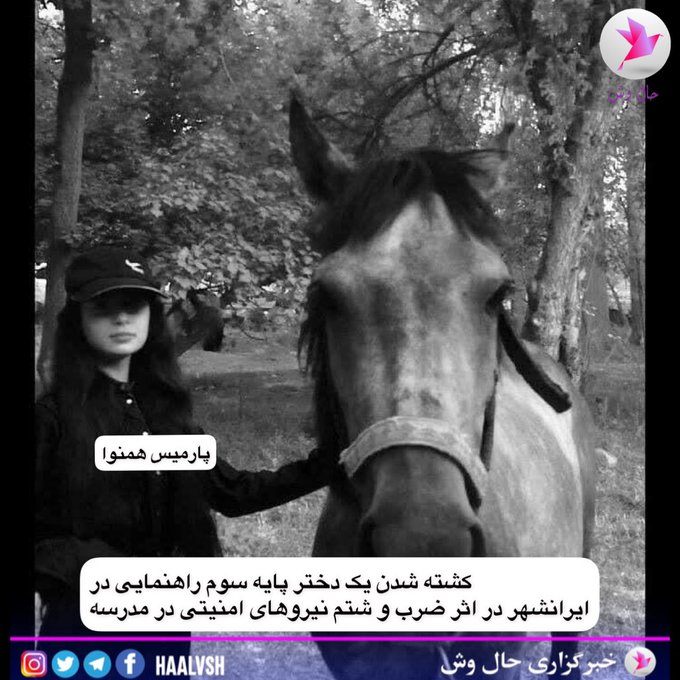 The girl, identified as Parmis Hamnava, was at her school in Iranshahr in the Sistan and Baluchestan Province when security forces entered the school in order to search the books of the students, discovering the torn-up photo in Hamnava’s textbook. According to Haalvsh, security forces severely beat Hamnava in front of the other students and she later died of her wounds in the hospital. The incident reportedly took place last week.

The security forces reportedly forced Hamnava’s family and teachers to promise that they would not speak to the press about the incident before handing over her body to them to bury.

The IRGC-affiliated Tasnim News Agency rejected the report, claiming that there was no such student in the Iranian education system and that no students were killed in Iranshahr.

Iranian forces have violently cracked down on protesters in Sistan and Baluchestan, especially in Zahedan, located north of Iranshahr. Dozens of protesters have reportedly been killed by Iranian forces in recent weeks in Zahedan.

A number of teenagers have been killed amid the protests, with multiple cases of teenage protesters beaten severely or even to death by security forces reported throughout Iran.