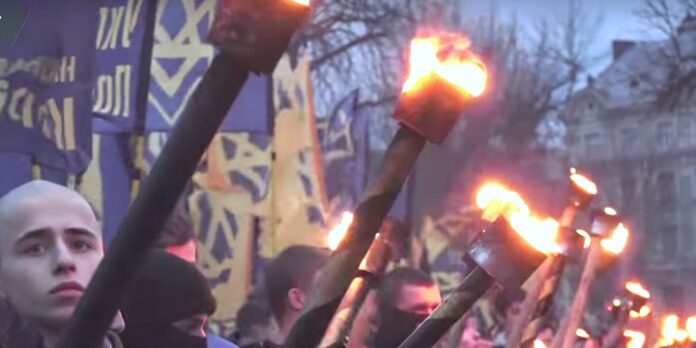 Algemeiner: Israel’s Ambassador to Ukraine on Tuesday lambasted the city of Ternopil after its council named a rebuilt soccer stadium after Roman Shukhevych, the leader of a Ukrainian nationalist brigade created by the occupying Germans during World War II.

I will bless those who bless you,
And I will curse him who curses you;
And in you all the families of the earth shall be blessed.” Genesis 12:3

“We strongly condemn the decision of Ternopil city council to name the City Stadium after the infamous Hauptman of the SS Schutzmannschaft 201 Roman Shukhevych and demand the immediate cancellation of this decision,” the Israeli envoy in Kiev, Joel Lion, stated on Twitter.

The newly-reconstructed stadium holds just over 15,000 spectators and will host the final of the Ukrainian Soccer Cup later this year. Confirmation that the stadium would be named in honor of Shukhevych came following a meeting of the Ternopil city council on March 5 — the 71st anniversary of Shukhevych’s death during a shoot-out with Soviet intelligence agents who raided his hiding place in the western Ukrainian city of Lviv. Read More