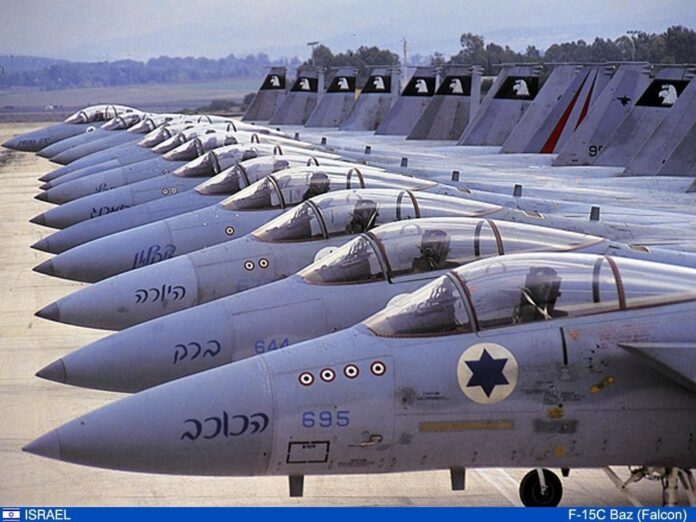 JPost: An Israeli cabinet minister sharpened his country’s warnings against what it would deem a bad new nuclear deal between Iran and world powers, saying war with Tehran would be sure to follow.

As President Joe Biden explores a possible US return to the 2015 deal to contain Iran’s nuclear program that his predecessor Donald Trump abandoned, Israel has stepped up calls for more sweeping curbs to be imposed on sensitive Iranian technologies and projects.

Iran, which this week resumed indirect talks with US envoys in Vienna on reversing its retaliatory violations of the deal in exchange for the removal of sanctions reimposed by Trump, has ruled out any further limitations on Iranian actions.

Reiterating Israel’s position that it does not consider itself bound by the diplomacy, Intelligence Minister Eli Cohen said: “A bad deal will send the region spiraling into war.” Read More …

Opinion: It is little wonder that Joe Biden failed to even mention Israel in his first speech to an almost empty Congress. The secular progressive position is a two-state solution with East Jerusalem and the Temple Mount as an Arab capital. Most rational ME observers know that can’t happen.

“I will also gather all nations, and will bring them down into the valley of Jehoshaphat, and will plead with them there for my people and for my heritage Israel, whom they have scattered among the nations, and parted my land.” Joel 3:2

According to our Bible, war is the only solution. But war between Israel and Iran needs a prelude that has not happened yet.

It doesn’t take a ME expert to know that Israel is not now living in peace and has not lived in peace since its prophesied rebirth (Isaiah 66:7-8) in 1948.

They have said, “Come, and let us cut them off from being a nation, That the name of Israel may be remembered no more. With one mind they plot together; they form an alliance against you” Psalm 83:1-4.

In 1000 BC, a temple priest named Asaph (Hebrew ‘seer’) prophesied a war that has yet to take place. This war will involve all of Israel’s hostile Arab nations and when it is over they will be obliterated, setting up a Russian, Turkish, Iranian, and North African invasion.