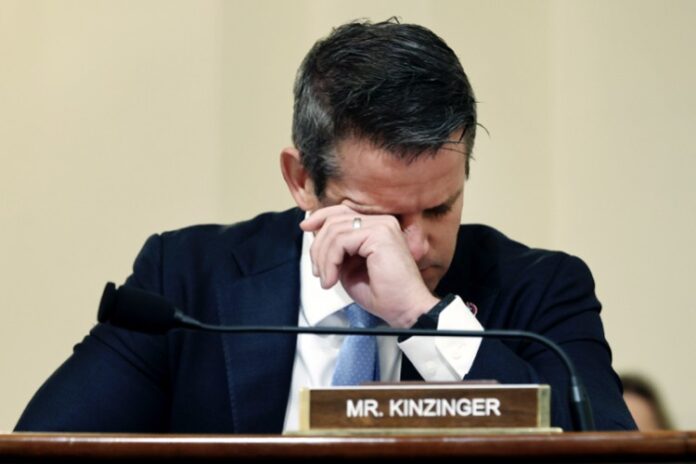 The New American: As the January 6 Committee — officially known as the House Select Committee to Investigate the January 6th Attack on the United States Capitol — began its first day of hearings Tuesday, it two token (and nominal) Republican members were on full display. Representatives Adam Kinzinger (R-Ill.) and Liz Cheney (R-Wyo.) played the moment for all it was worth with Kinzinger crying and Cheney warning that unless the committee gets to the bottom of Jan 6, it could happen again every four years.

“Do you not know that we shall judge angels? How much more, things that pertain to this life?” 1 CorINTHIANS. 6:3

Kinzinger and Cheney were invited to join the “Darkest Day in History” Committee when House Minority Leader Kevin McCarthy (R-Calif.) withdrew his three remaining nominees in response to Speaker of the House Nancy Pelosi (D-Calif.) rejecting Representatives Jim Banks (R-Ind.) and Jim Jordan (R-Ohio) because they have been vocal supporters of President Trump. Kinzinger and Cheney are both nominal Republicans who have been vocal critics of Trump. Both voted to impeach Trump in the second of two impeachment trials that have been described as kangaroo courts.

Kinzinger and Cheney make for perfect token Republicans whose job it is to give the committee a veneer of bipartisanship. And lest anyone doubt their commitment, they took center stage on day one of the committees hearings, literally weeping and wailing. To be fair and accurate, it was Kinzinger who wept and Cheney who wailed. Read More