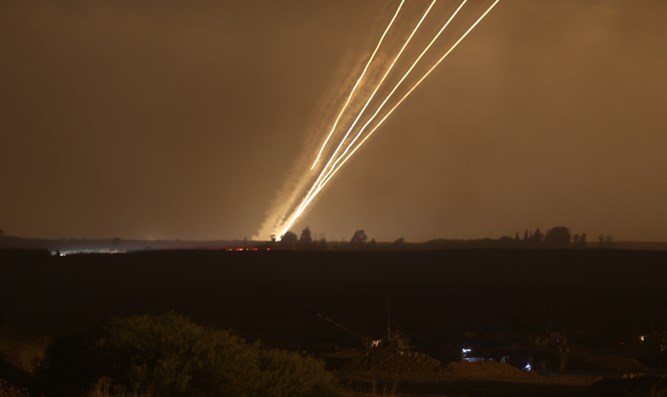 YNet News: Rocket sirens blared and explosions were heard across the Jerusalem area Monday evening, sending people outdoors scrambling for cover and Knesset members running for bomb shelters, as a Hamas deadline for Israel to pull its security forces from parts of the capital expired.

The IDF said that it had detected seven projectiles launched from the Gaza Strip at the Jerusalem area, one of which was intercepted by the Iron Dome missile defense system. There were no immediate reports of injuries or damage.

Israeli Air Force fighter jets struck targets in the northern Strip in response. Palestinian sources said that nine people had been killed in the airstrikes, including three children.

Israel’s Channel 12 TV quoted the IDF as saying, however, that the children were killed when a rocket intended for Israel misfired.

As rocket sirens were set off, Jewish marchers who participated in the Jerusalem Day flag parade ran for cover. Police demanded that the march be called off immediately but the participants carried on. Read More