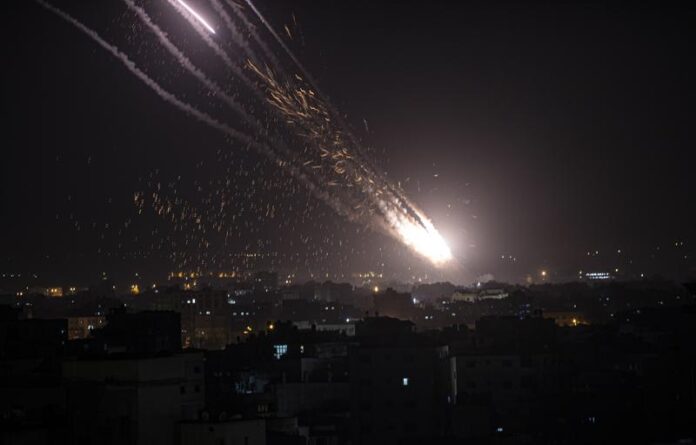 AP News: Palestinian militants launched dozens of rockets from Gaza and Israel unleashed new air strikes against them early Tuesday, in an escalation triggered by soaring tensions in Jerusalem and days of clashes at an iconic mosque in the holy city.

“And it shall come to pass in that day, that I will seek to destroy all the nations that come against Jerusalem.”  Zechariah 12:9

Twenty-four people, including nine children, were killed in Gaza overnight, most of them in Israeli strikes. More than 700 Palestinians were hurt in clashes with Israeli security forces in Jerusalem and across the West Bank in 24 hours, including nearly 500 who were treated at hospitals. The Israeli military said six Israeli civilians were hurt by rocket fire Tuesday morning.

This round of violence, like previous ones, was fueled by conflicting claims over Jerusalem, home to major holy sites of Islam, Judaism and Christianity. The rival national and religious narratives of Israelis and Palestinians are rooted in the city, making it the emotional core of their long conflict.

In recent weeks, tension has been soaring in Jerusalem, marked by clashes between Palestinian protesters and Israeli police in the walled Old City, Read More