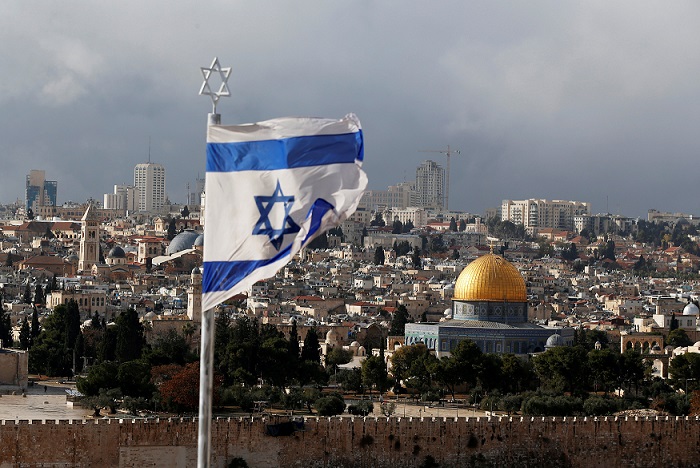 Did you know Jews pray on the Temple Mount? They do this discreetly, without provocations, and the custom is one of the best kept public secrets in Jerusalem. In some cases it is a single worshipper; rarely, 10 men enter the esplanade to pray in a minyan – the quorum required for certain religious obligations.

No external signs of Jewish prayer can be seen – no siddur, tallit, or tefillin. Nevertheless, the gathering is a prayer service in the full sense of the word. The police – and this is the true novelty – no longer drive the worshippers away, unless their intention is clearly to provoke conflict. Significantly, in hundreds of cases in recent years the police have turned a blind eye – at most they hurry the worshippers on.

The Waqf, an Islamic trust that controls and manages the current Islamic edifices on and around the Al-Aqsa Mosque, regularly reports the activities on the Temple Mount to the Jordanian authorities, which often gripe to Israel on this issue. Read More …

Opinion: Since the 1967 war, in which the Jews captured the Temple Mount reuniting east and west Jerusalem, there has been no peace.

Israeli General Moshe Dayan’s decision to hand Jordan control of the Temple Mount is a constant reminder of man’s inability to solve a 3500-year-old blood feud.

A few rules on the Temple Mount: No Bibles allowed, no iPads (might be a Bible in it), but strangely, iPhones permitted. No shorts. Women must have arms and legs covered. No public displays of affection. Jews are forbidden to pray – Muslims are not.

The Gate of Mercy (Shaar Ha’Rachamim) compound is the fifth mosque that the Muslims have established on the Temple Mount.

There is no Jewish temple but Muslims are still not satisfied. Esau, as Genesis 27:41-45 clearly shows, cannot live in the same area as Jacob.

“So Esau hated Jacob because of the blessing with which his father blessed him, and Esau said in his heart, “The days of mourning for my father [h]are at hand; (AO)then I will kill my brother Jacob.”

“And the words of Esau her older son were told to Rebekah. So she sent and called Jacob her younger son, and said to him, “Surely your brother Esau comforts himself concerning you by intending to kill you. 43 Now therefore, my son, obey my voice: arise, flee to my brother Laban in Haran.”