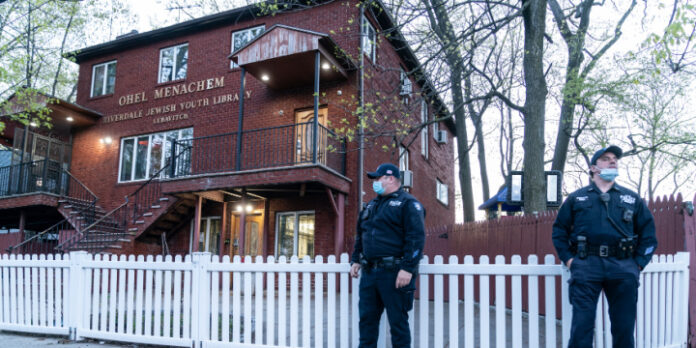 Algemeiner: Jewish community leaders in New York and nationally were outraged on Monday after learning that the man arrested for a string of rock-throwing attacks on synagogues in the Riverdale neighborhood of New York was released by a Bronx judge — just hours after another judge had ruled that he be held on bail.

Jordan Burnette, 29, was arrested Saturday on 42 charges in connection with the spree of attacks, in which over several days he smashed doors and windows at the Riverdale Jewish Center (RJC), Chabad Lubavitch of Riverdale, Young Israel of Riverdale and Conservative Synagogue Adath Israel of Riverdale (CSAIR).

During a Sunday hearing, he was first ordered held on $20,000 bail by Bronx Criminal Court Judge Louis Nock, who said that even under New York state’s bail reform law, the shattering of glass windows could qualify as a violent felony and would justify holding the accused. But after Burnette’s lawyers asked for a review of the bail ruling, Judge Tara Collins reversed the decision and granted supervised release. Read More