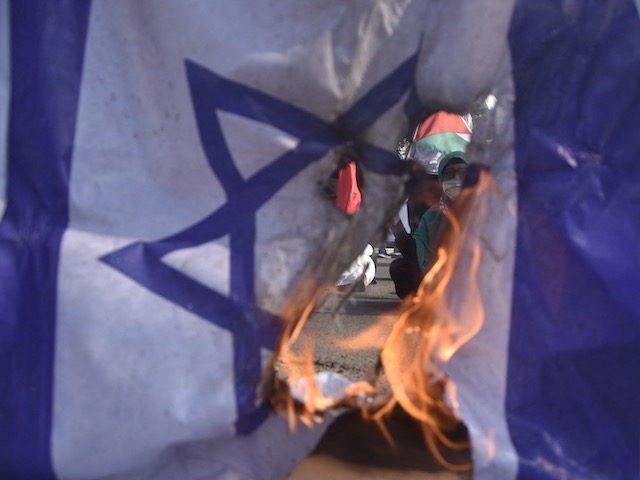 Breitbart: Jewish House Democrats sent a letter urging President Joe Biden to appoint a “United States Ambassador-at-Large to Monitor and Combat Anti-Semitism” and condemning the comments made by their House colleagues.

““Tell us, when will these things be? And what will be the sign of Your coming, and of the end of the age …” Matthew 24:3

Rep. Josh Gottheimer (D-NJ), Rep. Elaine Luria (D-VA), and Kathy Manning (D-NC) all signed onto the letter, first obtained by Punchbowl News, saying they are “deeply disturbed by the recent surge of antisemitic incidents in the United States.

The group of Democrats said they believe there needs to be a united front in order to “combat rising antisemitism in this country.” The Democrats explained, surge in the last few weeks all over the United States, “including attacks on Jewish Americans in New York, California, and Florida.”

In Times Square, a group yelling antisemitic slurs viciously beat, kicked, and pepper-sprayed an unsuspecting Jewish man. In Los Angeles, a caravan of pro-Palestinian protestors descended on a restaurant in West Hollywood, demanding to know “who’s Jewish?” before unleashing a violent attack on diners while yelling antisemitic slurs. In Bal Harbour, a Jewish family visiting from New Jersey, was harassed by four men in an SUV shouting, “Free Palestine, f— you Jew, die Jew.” In Tucson, Arizona, an individual threw a rock through a glass window, vandalizing Congregation Chaverim. Jews across the United States are facing an extraordinarily tense environment of fear and insecurity. Read More