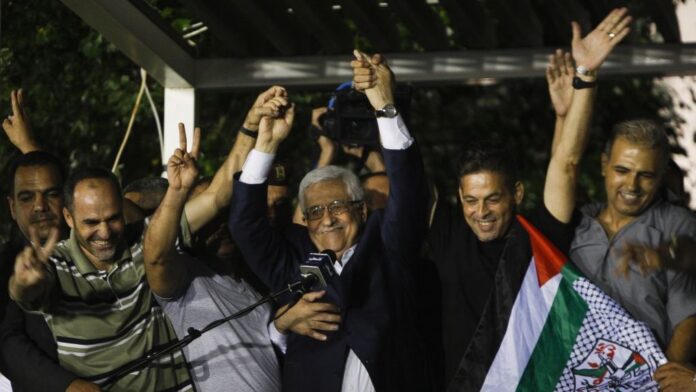 JD: I noticed that President Biden recently restored funding to the Palestinian Authority. Now what does that actually mean? What is America going to be responsible for in the funding of the Palestinian people?

IM: What he said is that they wants to reinstitute humanitarian funding. Now the reason they’re saying this is very simple that right now American law prohibits funding the Palestinian Authority. It’s called the Taylor Force law and when we the Palestinian Media Watch pointed out that the family of his murderer was being rewarded with monthly payments for life the American Congress was outraged and they past a law prohibiting America to fund the Palestinian Authority until they stop rewarding terrorist which is a very reasonable law.

What they’re probably going to do is pass another law which by passing that law the United States will give humanitarian funding to the Palestinian Authority education funding. Those are two things that if I understand correctly the Secretary of State mentioned the humanitarian issues and education. Now you ask what does that mean. Anyone who funds Palestinian Authority education is funding terror support. The Palestinian Authority school system glorifies terrorist and say about that particular terrorist everyone wants to be like her. Well you’re telling children that they want to be like a murderer of 12 children and 27 adults. So this is the education. So if America starts funding Palestinian education again and these are just a couple of examples obviously the whole school system is rotten then they’re funding terror promotions. So that is to think very carefully what they want to give money to and none of it should be going to Palestinian education unless they first change the school books and first stop using terrorist as role models for the children.

With the announcement from President Biden the new administration will begin to fund the Palestinian Authority and American tax payers will start funding Palestinian terrorism. This United States funding will be available to allow the Palestinian armed struggle to continue with a stated goal of wiping Israel off the face of the earth and replacing the Jewish state with a state called Palestine, that’s Psalm 83:4 and Malachi chapter 1. President Biden is setting the stage for these prophecies to be fulfilled.