Home Bible prophecy Jimmy DeYoung and Ken Timmerman: China, in its effort to rule the... 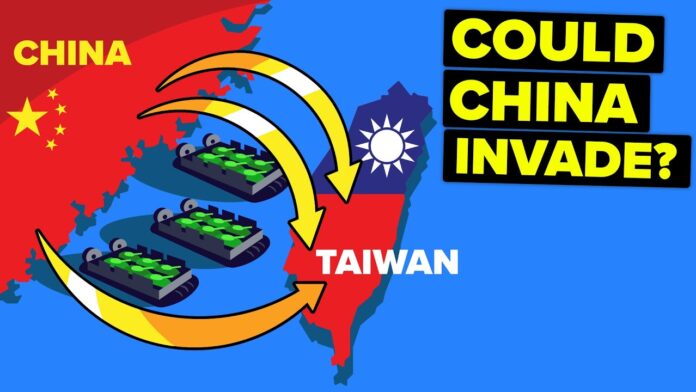 JD: The Senator from Arkansas who made the statement that China is ready to take over Taiwan and the United States had better make it clear whether they’re going to defend Taiwan or not. What do you think the situation is going to develop into? Could it be a war or will China back down?

KT: Well look the Chinese are threatening war. They’re being pretty clear about this. They have been flying fighter bombers over Taiwanese airspace and over the island and claiming they are flying over sovereign Chinese territory. They have been building up their amphibious assault forces to be able to launch an assault on Taiwan. They are calling the over flights of Taiwan as combat drills. Even their air craft carrier has been steaming along the side of the island. What does the United States do? Not an awful lot and not really talk about it much, not really talk to the Chinese much, not deploy our own naval forces as a deterrent.

Again I think the Russians and the Chinese are coordinating their operations here. I think they are testing the Biden Administration to see if they will be strong or not and they are finding they are not particularly strong. So this is a real problem. I believe weakness always leads to war. You know this is serious business here and we just don’t see a serious business from the Biden Administration. That’s why I think you have someone like Tom Cotton who is a serious Senator a former service men who served in Iraq saying we need to make it absolutely crystal clear that we will defend Taiwan. That Taiwan is an ally of the United States and we have not made that clear at all.

JD: Ken Timmerman explaining how China is going to take over Taiwan even in light of America’s opposition.

China referred to as one of the kings of the East, Revelation 16:12, will be in partnership with the antichrist in the last three and a half years of the Tribulation period, that’s Revelation 16:13-16 and 13:16 & 17. This partnership with antichrist will allow China to be the superpower, militarily, and economically that they want to be able to be today. God’s prophetic word will be fulfilled.