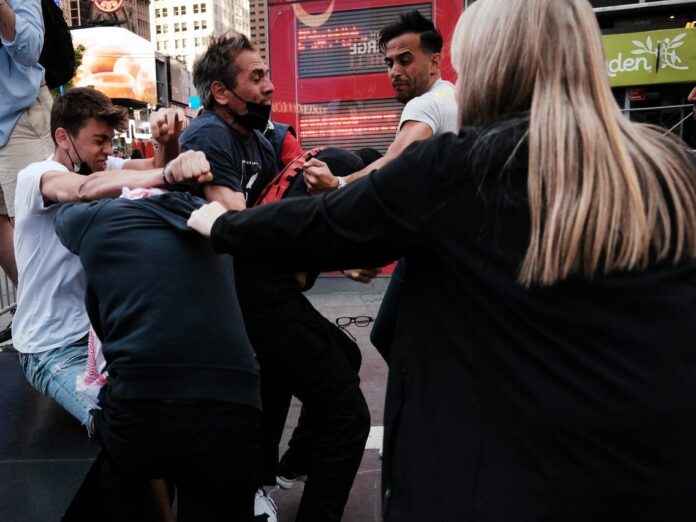 JD: A recent poll tells us that most Democrats stand with Hamas and they blame Israel. However, 67% of the Republicans are standing strong with Israel. Now this is good news from the Republican side but not too good from the Democratic side.

KT: Well Jimmy this is very disturbing because Israel for decades has had very strong bipartisan support not just in Congress but in the American public. This is one reasons why it was difficult for President Obama to punish Israel for its 2014 war with Gaza and the reason why President Biden has not been able to punish Israel either. It shows the increasing importance of radical Muslim American groups. So I think this is a dangerous sign.
JD: And its also reflecting what is happening on the streets out there of America. Violent Palestinian protest sweeping across America. The word I hear it’s only going to get worse what are your thoughts?
KT: Those protest Jimmy aren’t just calling for justice for Palestinians or ceasefire. They are rank anti-Semitic protest. They’re not just against the state of Israel. They are for a Palestinian auden rhyme, free of Jews from the river to the sea. They are all across the country. Hate crimes are illegal. They’re federally banned. There’s federal legislation. Anti-Semitism is a hate crime. There is no action whatsoever against these Muslim American protesters supported by the extreme left of the Democratic party. That is very disturbing.
JD: Ken Timmerman reporting on how Palestinian hate crimes in America are the result of the pro Palestinian Democrats in the United States Congress.
We report this information because it is setting the stage for Bible prophecy to be fulfilled.
In the aftermath of the Israel-Palestinian conflict in Israel we see violent protest in the streets of America that are an outgrowth of the United States Congress choosing sides in this 4,000 year old Israeli-Palestinian conflict. This conflict dates back to the birth of twin boys Jacob and Esau. As you trace these two boys through the Bible you see that Jacob becomes the Jewish people of today and Esau the Palestinian people. This conflict between the two will continue until the return of the Messiah according to Obadiah verses 15-18, prophecy that will be fulfilled.