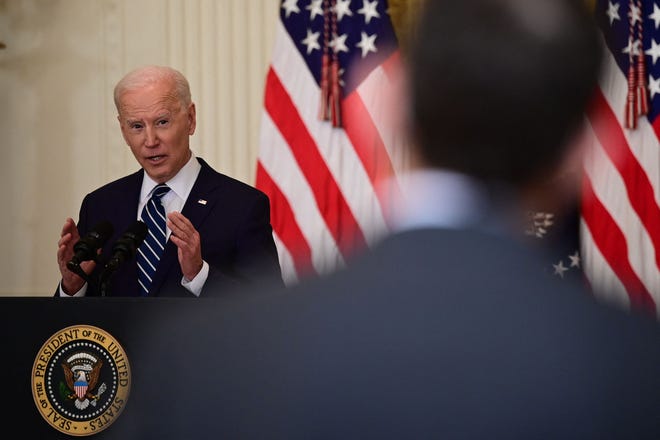 Zero Hedge: After 62 minutes, having answered questions from 10 different outlets (some disgustingly ingratiating, some rather more pointed), President Biden is done.

“I got elected to solve problems,” Biden said at the beginning.

There was a fair selection ‘gaffes’ and trail-offs, and “you know, the things”…