Front Page Mag: After President Trump decided to pull America out of the Iran nuclear deal, Biden characterized Trump’s strategy as “a self-inflicted disaster” that would make “military conflict” and “another war in the Middle East” much “more likely.”

During a January 2020 presidential campaign event, Biden called on Trump to rejoin the Iran agreement. “The seeds of danger were planted by Donald Trump himself on May 8, 2019 — the day he tore up the Iran Nuclear Deal,” said Biden, forgetting that the date on which the U.S. withdrew from the agreement was actually May 8, 2018.

Biden added that Trump had “turned his back on our closest European allies” by selfishly “decid[ing] that it was important to destroy any progress that the Obama-Biden administration did.”

Opinion: Each of the bullet points below have details of the Obama/Biden dealings with Israel Read Article …

2010-2015: The Obama-Biden Administration’s Repeated Leaks to the Press About Israel

2014: The Obama-Biden Administration Threatens to Shoot Down Israeli Fighter Jets

2015: The Obama-Biden Administration Is Enraged by Netanyahu’s Acceptance of John Boehner’s Invitation to Address Congress

Wait, I have a few more… 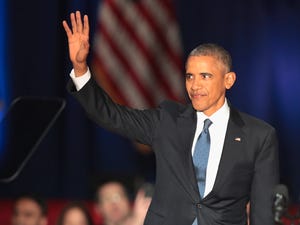 2017: In his last hours in office Obama sent the Palestinians $221 million

“You will know them by their fruits” Matthew 7:20.

Americans prefer Arab extremists to Jewish ones in Israeli governments

The Growing Global Reliance On Antidepressants