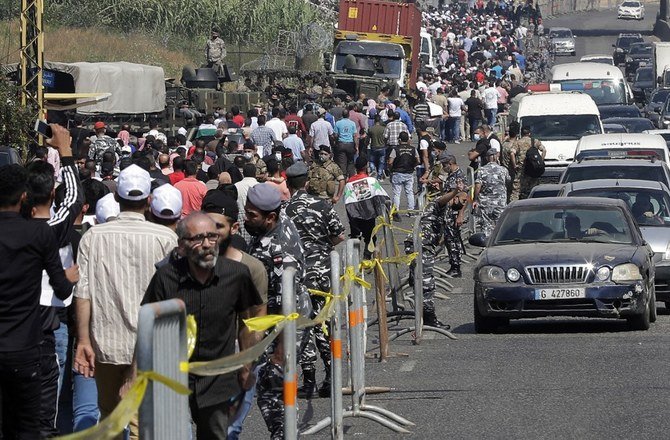 Yahoo: Fill ’er up? Be ready to wait in line at least an hour — assuming the gas station is open, that is.

Need medication? Something as basic as aspirin could set you on a daylong hunt from pharmacy to pharmacy.

“For they have consulted together with one consent;
They form a confederacy against You” Psalm 83:5

Even a grocery run is an ever-accelerating race against ballooning prices and a failing currency. And whatever you do, you’ll need to time it around power cuts that can last up to 23 hours a day.

This is life in Lebanon these days, where a 21-month-long, government-engineered economic implosion — the World Bank calls it “a deliberate depression” — has transformed everyday tasks into a gantlet of fuel, power, water, medicine and basic goods shortages that residents dub tawabeer al-thul, or “queues of humiliation.”

Those lines stretched long this week as the country geared up to celebrate Eid al-Adha, a festival during which Muslims sacrifice a sheep to commemorate Abraham almost sacrificing his son Ismail at God’s command. With the Lebanese lira’s street value down to less than 10% of its official value against the dollar, it’s a ritual few can afford. Read More