Zero Hedge: While many Republicans described the actions of Milley as treasonous if they indeed took place, White House press secretary Jen Psaki told reporters that the president is backing Milley even if the calls did happen.

“The president believes he’s patriotic, his fidelity to our Constitution is unquestionable, and he has complete confidence in him,” Psaki said during a briefing in Washington.

Psaki claimed the context of when the calls allegedly took place was important, accusing Trump of “fomenting an insurrection,” referring to Jan. 6, and that “there was broad concern about many members of his national security team” in the wake of the U.S. Capitol breach.

“It’s the obligation of every chairman of the joint chiefs to follow constitutional order to prevent unlawful military action,” she also said.

Is anyone surprised? Read More

Assessment: I wondered in an early post if the general will be forced to step down or will he skate like all the rest. So far … 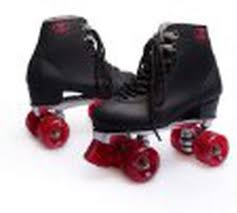 Stay tuned General Miley will testify to Congress (under oath) next week.