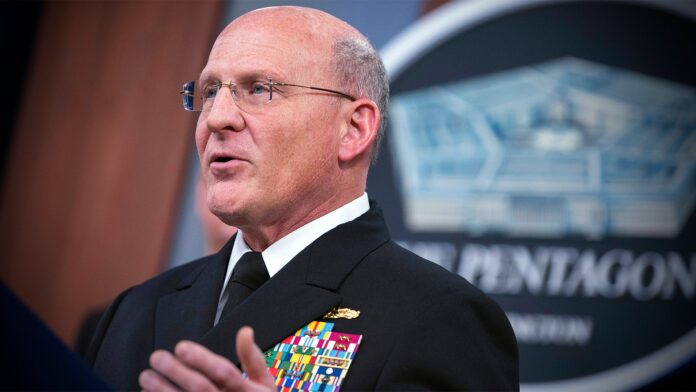 The Drive: At a roundtable with reporters today, Chief of Naval Operations Admiral Michael Gilday, the U.S. Navy’s top officer, was asked about a series of bizarre incidents that took place in July 2019 and involved what only have been described as ‘drones’ swarming American destroyers off the coast of Southern California. The War Zone was the first to report in detail on this series of mysterious events after the incident was originally uncovered by filmmaker Dave Beaty.

Asked by Jeff Schogol of Task & Purpose if the Navy had positively identified any of the aircraft involved, Gilday responded by saying:

“No, we have not. I am aware of those sightings and as it’s been reported there have been other sightings by aviators in the air and by other ships not only of the United States, but other nations – and of course other elements within the U.S. joint force.”

“Those findings have been collected and they still are being analyzed,” Gilday added. “I don’t have anything new to report, Jeff, on what those findings have revealed thus far. But I will tell you we do have a well-established process in place across the joint force to collect that data and to get it to a separate repository for analysis.” Read More …

Opinion: On March 23, I posted an interview and opinion (HERE) conducted by Fox Business’ Maria Bartiromo with former Director of National Intelligence John Ratcliffe about a Pentagon report that had been ordered by then President Donald Trump on Unidentified Aerial Phenomenon by June 1, 2021.

In my opinion piece I said this …

“Before the public becomes hysterical, it is a real good idea for us to review what the Bible says about fallen angels to see if there may be a connection:”

The days of Noah …

Genesis 6:4 “There were giants on the earth in those days, and also afterward, when the sons of God came in to the daughters of men and they bore children to them. Those were the mighty men who were of old, men of renown.”

In the days following, I reread the post several times when 3 words of that passage began to jump right off the page, “and also afterward”. Sometimes God’s word is so subtle that we can miss a lot of context if we don’t slow down.

Therefore men of renown, or Nephilim, not only lived in the times of Noah but afterwards, possibly explaining everything from UFOs, the Great Pyramid to Stonehenge to Apparitions of Mary. I have come to learn that angels, good or bad, can come and go unawares.

‘Year of the UFO’: Donald Trump report into alien ‘phenomena’ to be released in June

DONALD TRUMP ordered a report into “unidentified aerial phenomena ” as one of his final acts as President, with outlets now predicting 2021 could be the “year of the UFO”. read more

From there I started to wonder what the impact on society would be if the Pentagon report is the next big thing that will knock Covid off the front page, and give governments all over the world another excuse to take power and liberty form Biblically deficient masses.

When the rapture of the church occurs (1 Thess. 4:16-18), and excuses for the disappearance of millions are made, how many will look to the words of Jesus for answers?