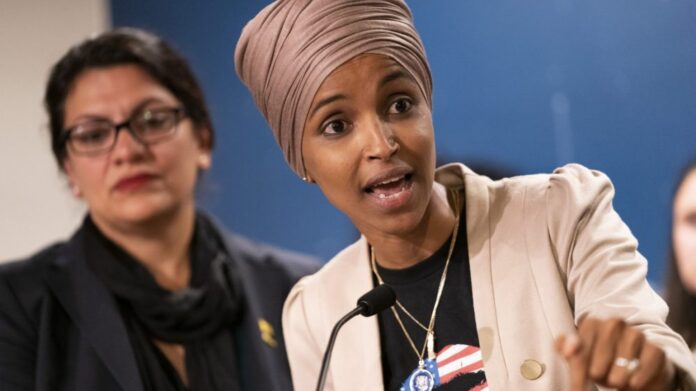 Reps. Ilhan Omar (D., Minn.) and Rashida Tlaib (D., Mich.) both say U.S. aid to Israel should be conditioned on the Jewish state’s treatment of the Palestinians, which they claim violates international law. Neither congresswoman’s office responded, however, to Washington Free Beacon inquiries about their position on conditioning U.S. aid to the Palestinians in the wake of the Palestinian government’s murder of an anti-corruption activist last month.

After Hamas fired thousands of missiles at Israeli citizens in May, sparking the worst violence in years, Omar and Tlaib called for cutting off U.S. aid to Israel. They applauded efforts by the Biden administration to send millions in U.S. aid to the Hamas-controlled Gaza Strip as part of postwar reconstruction efforts.

The Palestinian Authority and Hamas are known to crush dissent with violence. Read More …

Why do western governments fund the Palestinian Authority and Hamas?

Without the Bible, it is impossible to get correct answers. God separated Jacob and Esau:

Genesis 15:18 “On the same day the Lord made a covenant with Abram, saying: “To your descendants I have given this land, from the river of Egypt to the great river, the River Euphrates”

Deuteronomy 2:5: Do not contend with them (Edomites), for I will not give you (Jacob) any of their land, no, not so much as for the sole of the foot to tread on, because I have given Mount Seir to Esau as a possession.”

God commands the Israelites not to hate an Edomite…

“You shall not abhor an Edomite, for he is your brother …” Deuteronomy 23:7

It is the offspring of Edom that consumed 3 years of my life. One of the most notorious of them was one called Amalek, an illegitimate grandson of Esau through Eliphaz and Timna, a Horite.

Amalek was the first to draw the blood of the Israelites after they crossed the Red Sea. His ruthlessness knew no boundaries and he is the only foe of Jacob that God has sworn to have war with generation after generation (Ex.17:16).