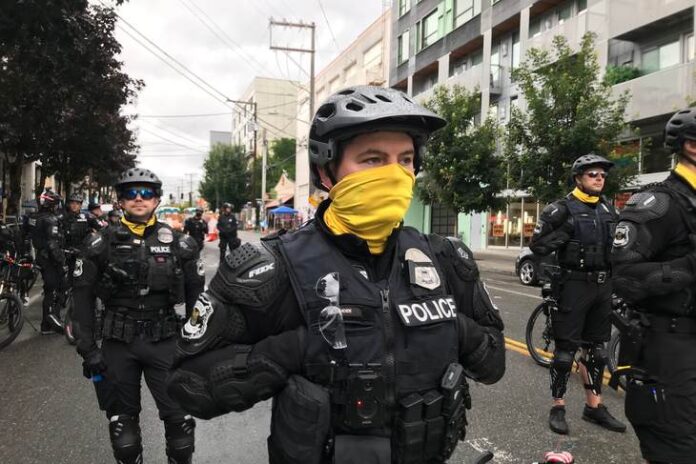 Jason Rantz of KTTH radio in Seattle reports that the police brain drain continues apace with 66 cops giving notice of their leave so far. A total of 100 police officers are expected to flee the approximately 1,200-person force by the end of May. Rantz says that several sources verified the numbers, although the city of Seattle hasn’t yet officially divulged them.

“In those days there was no king in Israel. Everyone did what was right in his own eyes.” Judges 17:6

Though the city has not yet officially released staffing numbers, officials have expressed significant concern publicly and privately about the staffing situation. The city does not have enough officers to safely protect our neighborhoods or respond to emergencies.

In 2020, 193 officers officially left the SPD. That is a historic number, one that came after nearly a year of relentless attacks from the Seattle City Council and radical activists.

The far-left Seattle council has continually denigrated the cops and cut the police budget. Read More