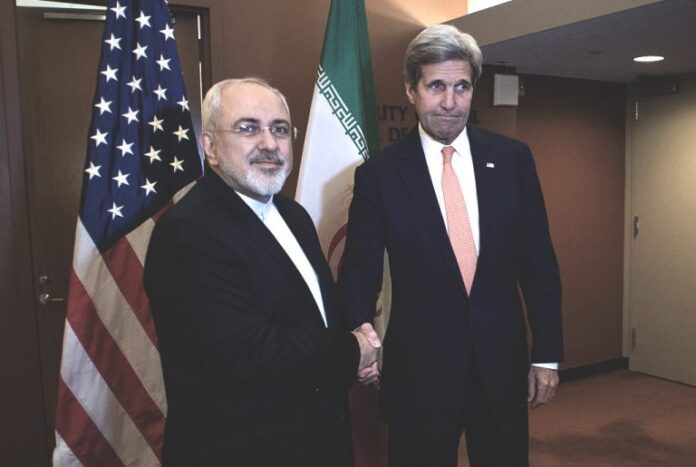 A leaked audio recording of Iranian foreign minister Javad Zarif, who worked closely with Kerry when the 2015 nuclear accord was negotiated, catches the Iranian official claiming the former Obama administration secretary of state informed him about at least 200 Israeli strikes on Iranian military positions in Syria. That Kerry shared these intimate details “to his astonishment,” according to the New York Times, suggests Kerry may have been disclosing classified information. It would also represent a stunning betrayal of America’s closest Middle East ally. Israel relies on the United States to protect shared intelligence from its top regional enemy.

The revelation is already generating calls for Kerry, the special presidential envoy for climate, to resign from the Biden administration and face a congressional investigation for possibly spilling highly classified secrets to one of America’s leading enemies.

Former Trump administration secretary of state Mike Pompeo said the audio tape proves “what I’ve said for years: That [Zarif] continued to engage with former secretary of state Kerry on policy matters after Kerry’s public service and, according to Zarif, Kerry informed the Iranians of Israeli operations.”

“Before we cut a deal with Iran that reduces Americans’ security,” Pompeo said, “it would be good to know what the arrangement, if any, may have been between these two leaders.” Read More