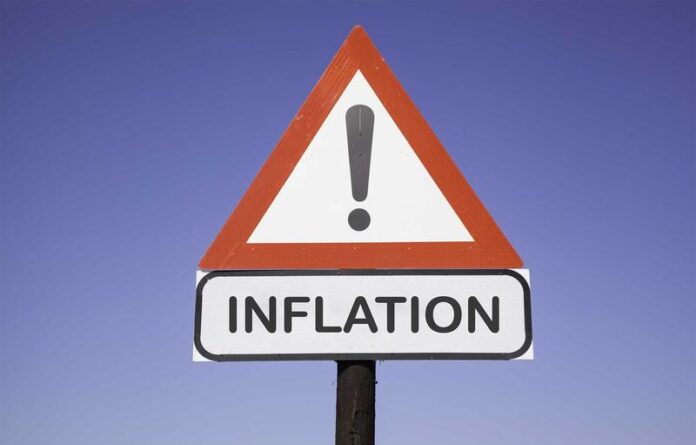 Zero Hedge: Yesterday we explained why with prices already soaring, global inflation was about to go into overdrive as the leading food price indicator that is the Bloomberg Agri spot index hit the highest level in six years.

“You have sown much, and bring in little;
You eat, but do not have enough;
You drink, but you are not filled with drink;
You clothe yourselves, but no one is warm;
And he who earns wages,
Earns wages to put into a bag with holes” Haggai 1:6

In a nutshell, this is a problem since food is a large component of CPI baskets in Asia, and “this large inflationary impulse in the region that houses more than half the world’s population should result in higher wage costs in the factory base of the world. As CPI and PPI rise in Asia, it will feed through globally in the months ahead.” 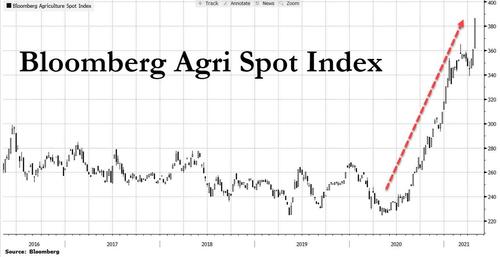 Today, DB’s Jim Reid picked that chart as his “Chart of the day”, repeating what readers already know, namely that Bloomberg’s agriculture spot index has risen by c.76% year-on-year, noting that “that’s the biggest annual rise in nearly a decade, and there are only a couple of other comparable episodes since the index begins back in 1991.”

Is Anheuser-Busch Drunk? The Beer Behemoth Is Forcing the Woke ‘Gender Unicorn’ on Its Employees