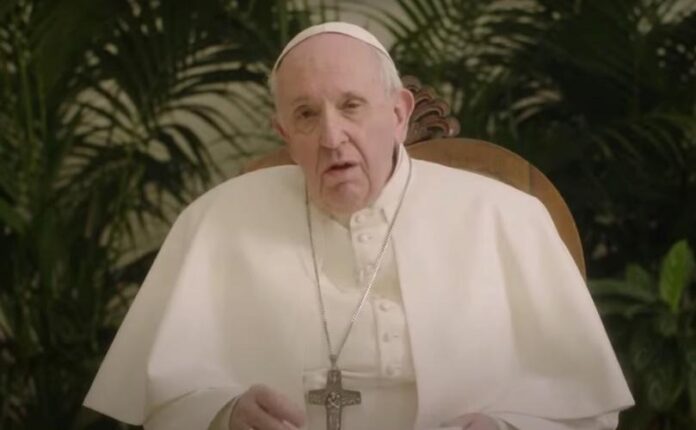 LifeSite News: Delivering a completely irreligious address, Pope Francis has taken part in a video with the Grand Imam of Al-Azhar to mark the first International Day of Human Fraternity commemorating the Abu Dhabi document, which has been described as seeming to “overturn the doctrine of the Gospel.”

The Pope then jointly bestowed an award for peace and fraternity on the pro-abortion and pro-LGBT, United Nations Secretary General Antonio Guterres.

February 4 marked the International Day of Human Fraternity, a day established by the United Nations (UN) to commemorate the anniversary of the “Document on Human Fraternity for World Peace and Living Together,” which was co-signed by Pope Francis and the Grand Imam Ahmad al-Tayyeb on February 4, 2019.

The document stated that the “pluralism and diversity” of religions is “willed by God.” Read More

Opinion: Only in Catholic tradition are such blasphemous claims made. There is only one path willed by God:

Repent and Believe Mark 1:14 “The time is fulfilled, and the kingdom of God is at hand. Repent, and believe in the gospel.”

Justification by faith is a one time transaction between you and Jesus Christ.

Once accomplished you can never lose it.

“For by grace you have been saved through faith, and that not of yourselves; it is the gift of God, not of works, lest anyone should boast.” Ephsians2:8-9

Excerpts: Two Trains: Israel and the Church in “Prophecy Here