JNS: Prime Minister Benjamin Netanyahu told Reshet Bet radio Monday morning that the explosion in the Israeli-owned ship MV Helios Ray near Oman “was indeed perpetrated by Iran, it’s clear.” The Prime Minister added that Iran “is Israel’s greatest enemy and we are beating it throughout the region. The Iranians will not have nuclear weapons – with or without an agreement. I also said this to my friend Biden.” 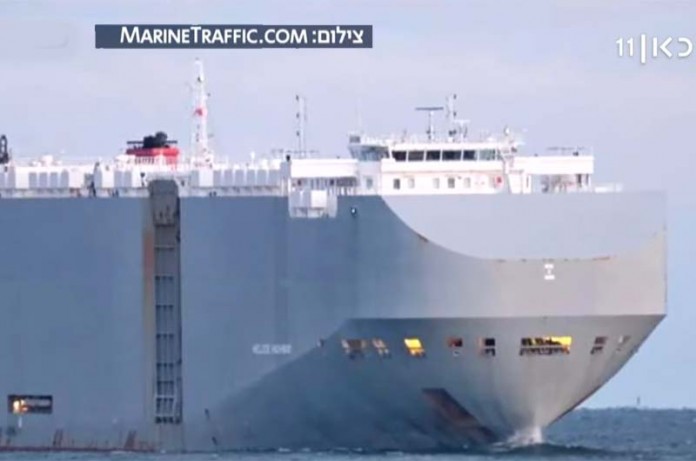 MV Helios Ray has begun repairs in the port of Dubai after being hit by explosions while sailing in the Gulf of Oman last Thursday (Repairs Begin on MV Helios Ray in Dubai Port, as Israeli Investigators Continue Security Probe).

Israeli defense officials were quoted as saying they believe Iranian IRGC Naval forces fired two missiles, targeting a part of the ship. But Alon Ben David, a senior defense correspondent for Israel’s Channel 13 reported Sunday night that an examination of the ship revealed it had been hit by naval mines. It is still unclear in which port the magnetic mines were affixed to the side of the hull of the MV Helios Ray, a vehicle carrier that flew the flag of Bahamas but was owned by Israeli businessman Avraham (Rami) Unger.

Israel is convinced the IRGC Navy is behind the attack. Read More