Zero Hedge: Contrary to expectations that Vladimir Putin was bluffing about collecting rubles in exchange for Russian energy exports, moments ago a decree signed by the Russian president confirmed that that was not the case.

According to Bloomberg, Putin said he had signed a decree demanding payment in rubles for Russian gas supplies, which is set to begin April 1 as previously reported. According to the decree, while Russia will continue to supply gas at set volumes and prices, it will demand that buyers of gas open accounts in Russian banks and warned that Moscow can halt gas contracts if buyers don’t pay in rubles; additionally, new proceedings in EUR or USD could be blocked. Pushing what many viewed as a bluff to the edge, Putin said that active contracts will be halted if demands are not met and explained that the move is meant to increase settlements in national currencies.

Putin’s decree follows an earlier report in the Russian press that Gazprom was studying options of halting gas supplies to Europe amid RUB payment issues. It also follows comments from the Kremlin which suggested that it would look into the idea from lawmakers to ask other nations to pay for a wider range of Russia exports in rubles.

Indicating Russia’s operational readiness to follow through with the plan, Interfax adds that Putin has ordered for special accounts for gas payments to be opened at Gazprombank which will sell gas FX on a Moscow exchange.

In kneejerk response to the news, US nat gas prices spiked – perhaps in anticipation that much of US output will now be LNG-ed over to Europe, potentially creating a US shortage in due course…

Finally, now that it appears the ruble will have to be purchased by western powers, the currency has completed its roundtrip to pre-invasion levels. Read More HERE

Opinion: What’s next for Czar Putin? Does his plan for Russia go far beyond Ukraine? In Eastern Europe, it is well known that Putin is an ardent student of Ivan Ilin, a Russian religious and political philosopher who died in December 1954. 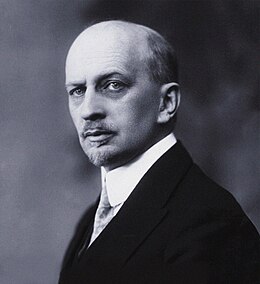 In his 1949 article, Ilyin argued against both totalitarianism and “formal” democracy in favor of a “third way” of building a state in Russia:

For Ilyin, any talk about a Ukraine separate from Russia made one a mortal enemy of Russia. He disputed that an individual could choose their nationality any more than cells can decide whether they are part of a body.

It is said in Russia that there is no annual speech of Putin that does not start or end with quotes from Ivan Ilyin.

Ivan Ilyin provided a metaphysical and moral justification for political totalitarianism, which he expressed in practical outlines for a fascist state. Today, his ideas have been revived and celebrated by Vladimir Putin. (source)

“The fact of the matter is that fascism is a redemptive excess of patriotic arbitrariness.” Ivan Ilyin, 1927

“Politics is the art of identifying and neutralizing the enemy.” Ivan Ilyin, 1948

In an article titled “National Socialism, A New Spirit”, Ivan Ilyin supported the takeover of Germany by Nazis.

And there is more …

The leading Russian media, either on purpose or due to ignorance, embellished the ceremony at Mount Athos, claiming that Putin sat on the throne of the Byzantine emperors. In fact, Putin spent the service in a stasidion—a monastic chair with a folding seat designed for high-ranking honored guests in the temple. Nevertheless, Putin’s symbolic visit sparked joy among those conservatives in Russia who see this as a sign of ideological revival, under the slogan, “Moscow is the Third Rome.” (source)

Putin’s Rome III (following Rome and Constantinople) will fail like Hitler’s Third Reich. Only one final empire will be allowed, on a short leash of 7 years, and will begin in Europe.

Daniel 7:23 calls it the 4th beast or revived Rome.

“The fourth beast shall be
A fourth kingdom on earth,
Which shall be different from all other kingdoms,
And shall devour the whole earth,
Trample it and break it in pieces.”