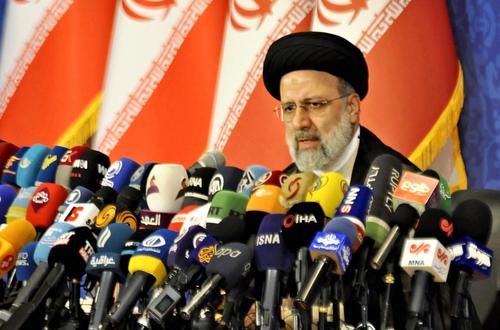 In a letter sent late Tuesday, the group of senators led by Tom Cotton (R., Ark.) petitioned the Biden administration to deny visas to Raisi and other Iranian government diplomats, citing Raisi’s leading role in a 1988 “death commission” that approved the mass murder of Iranian dissidents. While the United States typically permits Iranian officials limited access in New York City to attend the U.N. gathering, this would be the first time a known mass murderer is given a visa.

“ I will send fire on Magog and on those who live in safety in the coastlands, and they will know that I am the Lord.” Ezekiel 39:6 NIV

“Ebrahim Raisi should remain sanctioned under U.S. law,” the senators wrote, according to a copy of the letter obtained by the Washington Free Beacon. “If the United Nations General Assembly maintains its current plans to allow some in-person attendance, the White House should deny Raisi and other Iranian leaders visas to attend. Allowing Raisi to travel to the United States—to the same city where the Iranian regime just tried to kidnap a U.S. citizen—would legitimize his repression, undermine America’s moral leadership, and potentially endanger our national security, given the likely presence of intelligence agents in the Iranian traveling party.” Read More