Home PT World Order Russia and Ukraine on brink of war ‘signals coming of Messiah’ in... 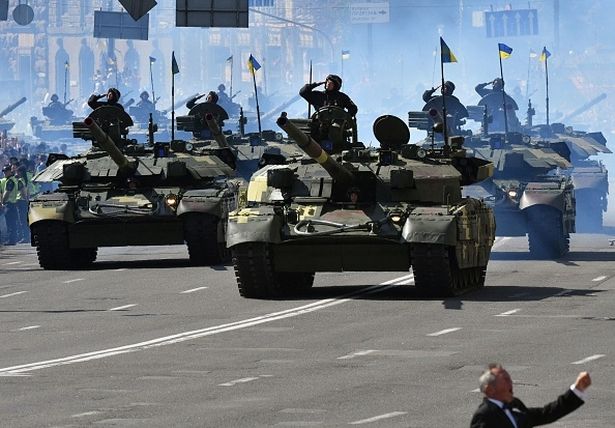 “The collapse of the Soviet empire “was the greatest geopolitical catastrophe of the century” Vladimir Putin April 5, 2005

Day Star, UK: Tensions between Russia and Ukraine are heating up, sparking fears of an imminent war — and a prominent rabbi claims it’s a sign that the coming of the Messiah is near.

“The word of the Lord came to me: 2 “Son of man, set your face against Gog, of the land of Magog, the chief prince of Meshek and Tubal; prophesy against him.” Ezekiel 38:1-2

Conflict between the two nations has been brewing for the past seven years, ever since Russia annexed Crimea in the wake of the Ukrainian revolution.

On March 24, Ukrainian President Volodymyr Zelensky signed a decree essentially declaring war with Russia, calling for the “de-occupation and reintegration of the temporarily occupied territory of the Autonomous Republic of Crimea and the city of Sevastopol”.

Since the decree was issued, there has been a significant military buildup on both sides, with Ukrainian tanks spotted rolling into the Luhansk and Donetsk region.

he worrying escalation in military tension has been cited by religious scholars as the fulfilment of an apocalyptic prophecy made in the 1700s.

Rabbi Elijah of Vilna, also known as the Vilna Gaon, was an 18th-century Jewish academic who made many significant contributions to understanding the Messianic process. Read More