Russian Ambassador to Syria Alexander Yefimov on Thursday harshly criticized the recent string of alleged Israeli airstrikes in Syria, saying that they undermine joint Kremlin-Damascus efforts to stabilize the country, and even pose a threat to civilian air traffic.

His claims seem to contradict previous Israeli statements regarding ongoing security coordination and cooperation between Moscow and Jerusalem in the Syrian arena.

As a reminder, following Prime Minister Naftali Bennett’s meeting with Russian President Vladimir Putin in Sochi last month, it was reported that the sides agreed that Israel could continue acting freely in Syria.  Read More …

Opinion: So, which is it?

Arab paper claims that after sensing that US does not back ongoing Israeli raids, Moscow has taken steps to upgrade Syrian missile defenses

Russia and Israel may be on a collision course in Syria 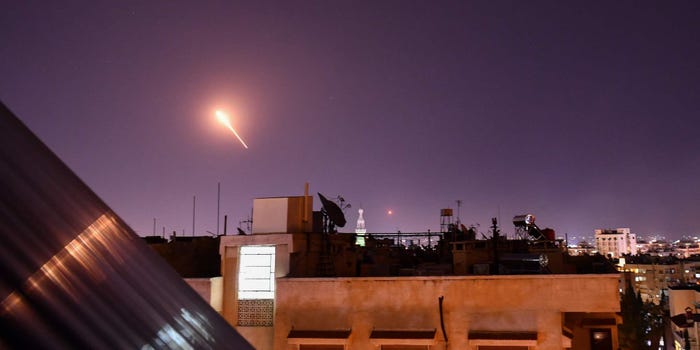 Recent statements by a Russian admiral and an anonymous Russian source have prompted speculation about whether Russia is changing its approach regarding Israeli strikes on Iranian and Hezbollah targets in Syria.

Putin’s mixed messaging indicates that the Russian-led assault on Israel prophesied in Ezekiel 38:1-6 is not yet …

“After many days you will be called to arms. In future years you will invade a land that has recovered from war, whose people were gathered from many nations to the mountains of Israel, which had long been desolate. They had been brought out from the nations, and now all of them live in safety.” Ezekiel 38:8

Israel has a date with a war that will be so successful that security walls will be removed:

You will say, “I will invade a land of unwalled villages; I will attack a peaceful and unsuspecting people—all of them living without walls and without gates and bars. Ezekiel 38:11

Only one prophesied war eliminates All of Israel’s hostile neighbors (Psalm 83:5-8) that could give the Jewish state a false sense of peace. It was written by the temple priest Asaph who implores God to destroy His enemies in the same way as before:

“Deal with them as with Midian,
As with Sisera,
As with Jabin at the Brook Kishon,
Who perished at En Dor,
Who became as refuse on the earth.” Psalm 83:9-10