Zero Hedge: Almost a decade ago, we explained that America had become a bizarre kind of welfare state where, due to the premeditated vagaries of the tax code, hard work was punished.

As a reminder, back in 2012 we showed that it was increasingly lucrative – in the form of actual disposable income – to do the bare minimum, receive minimum wage and collect various welfare entitlements, than to work hard and aspire to a higher socio-economic status. This was graphically, and very painfully confirmed, in the below chart from Gary Alexander, Secretary of Public Welfare, Commonwealth of Pennsylvania (a state best known for its broke capital Harrisburg). 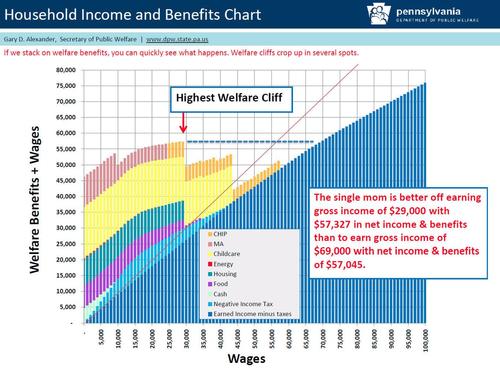