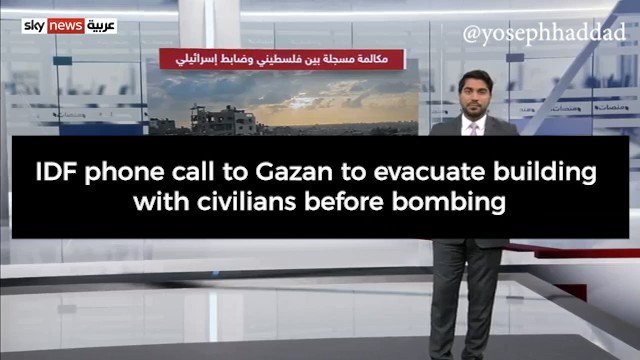 Town Hall: A short but “shocking” phone call between the Israeli Defense Forces and a Palestinian in Gaza reveals “the entire conflict in a nutshell,” according to Ben Shapiro.

In the recording, the IDF is attempting to warn about an impending strike, pleading for the man to evacuate the building before the bombing because civilians are present.

Opinion: There is so much more in the nutshell …

The seed of hatred was sown in Genesis 25:23

And the Lord said to her:

“Two nations are in your womb,
Two peoples shall be separated from your body;
One people shall be stronger than the other,
And the older shall serve the younger.”

That the older twin Esau hated his birthright (Genesis 25:32-34) and sold it to his brother Jacob for a bowl of soup cemented the hatred (Genesis 27:41).  Esau would never hold the title deed to the land of promise.

“So Esau hated Jacob because of the blessing with which his father blessed him, and Esau said in his heart, “The days of mourning for my father are at hand; then I will kill my brother Jacob.”

The final prophet of the Old Testament (Malachi 1:4) foretold that in the last days, Esau’s descendants would return to the land to avenge their predecessor’s hatred.

The prophet Obadiah 1:18 foretold the fate of Esau’s descendants …

Somebody should let President Biden know his two state solution puts the US on the wrong side of a very ancient blood feud.