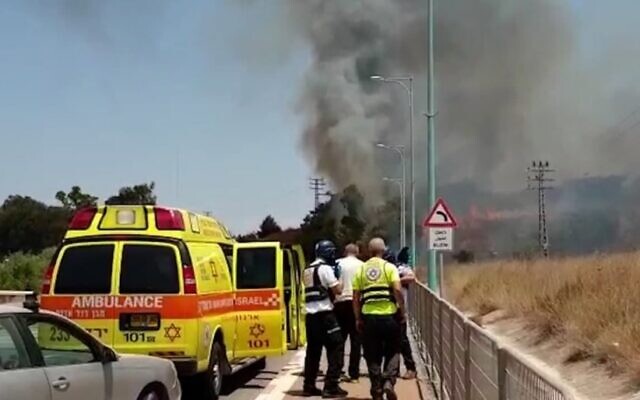 Times of Israel: Three rockets were fired into northern Israel from Lebanon Wednesday shortly after noon, causing warning sirens to sound in the Kiryat Shmona area. Two rockets hit open areas, while the third fell short of the border.

There were no reports of casualties in the attack, though the Magen David Adom emergency medical service treated four people for anxiety attacks.

“For the day of the Lord upon all the nations is near;
As you have done, it shall be done to you;
Your [a]reprisal shall return upon your own head.” Obadiah 1:15

In response, the Israel Defense Forces fired artillery shells at targets in Lebanon just after the attack, as well as in a second round some two hours later.  Read More