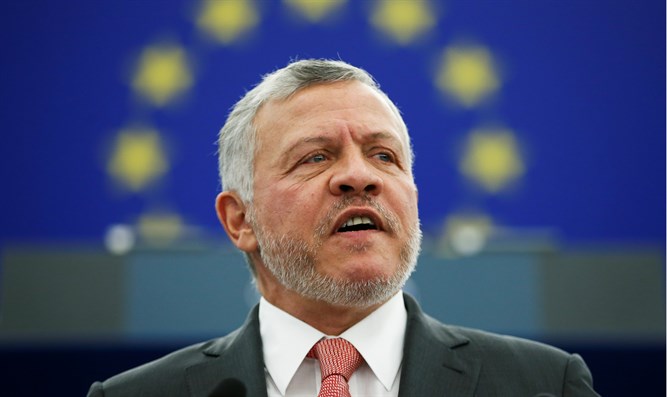 Arutz Sheva: Speaking with Der Spiegel in an interview published Friday afternoon, Abdullah questioned the timing of Israel’s plan to apply sovereignty, as outlined by the Trump administration’s Middle East peace plan, to parts of Judea and Samaria.

“Is this really the time, in the midst of the corona pandemic, to discuss whether we want a one-state solution for Israel and Palestine? Or should we discuss how we can fight the pandemic together? The two-state solution is the only way for us to move forward here,” the king said.

Abdullah went on to warn that Israel’s sovereignty plan, which is expected to be implemented sometime after July 1st, would create “a massive conflict” between Israel and Jordan.

“Leaders who advocate a one-state solution do not understand what that would mean. What would happen if the Palestinian Authority collapses? There would be more chaos and extremism in the region. If Israel really annexed the West Bank valley in July, it would lead to a massive conflict with the Hashemite Kingdom of Jordan.” Read More …

Opinion: It is time. There can be no two-state solution and therefore the “massive conflict” warning by Jordan’s King Abdullah is about time as well.

The long build-up to the Psalm 83 prophecy:

It was 1922 that Britain altered the 1917 Balfour Declaration that would have granted both sides of the Jordan River, totaling 43,075 square miles, to establish the state of Israel.

A few months later, Britain, under pressure from the Arabs, altered it and took back 32,460 square miles, or 78% of the original land grant. That land was then given to establish Transjordan (modern-day Jordan) for the Arab peoples, leaving approximately 9,500 square miles for Israel. That was the original two-state solution.

Britain, who was at the peak of world power, began to weaken in accordance with God’s promise to Abraham to curse those who curse His people. By the time Israel declared statehood, the land grant had been reduced to 5,560 square miles (75% desert) while Arab land mass equaled 6,700,000 square miles. The sun began to set on the mighty British Empire. 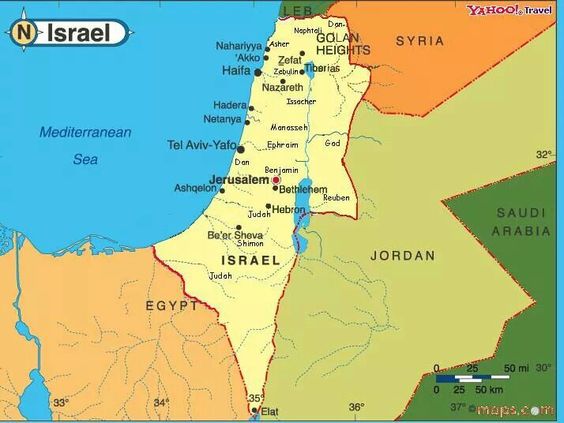 King Abdullah must have a poor memory. The two-state solution, one for Jews and one for Arabs, has been in place since 1922.

Ownership of that tiny sliver of land called Israel is what Psalm 83 is about. Jordan is mentioned 3 times by the prophet Asaph: Amman – northern Jordan, Moab – central Jordan, and Edom – southern Jordan.

See more on the War of Armageddon here