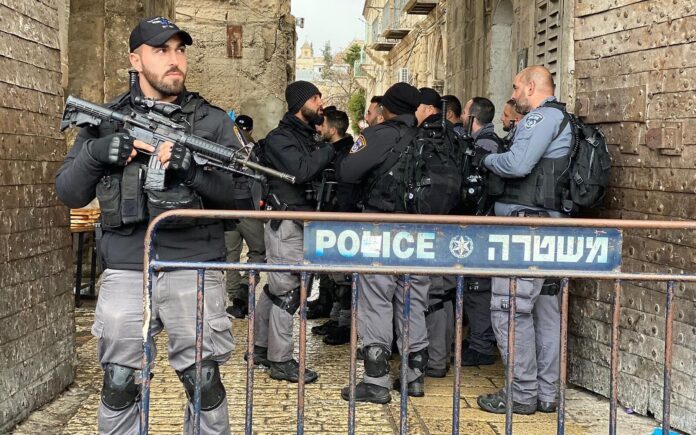 JPost: An attempted stabbing attack took place at Lion’s Gate in the Old City of Jerusalem on Friday afternoon.

The suspect, a 50-year-old resident of east Jerusalem, came to the gate where he attempted to stab Israel Police officers in the area. He was immediately stopped and arrested, a police spokesperson stated.

According to police, one of the officers was slightly injured by a firing squad during efforts to stop the terrorist at the scene.

3,728,600 reasons the escaped terrorists chose to return to prison quietly