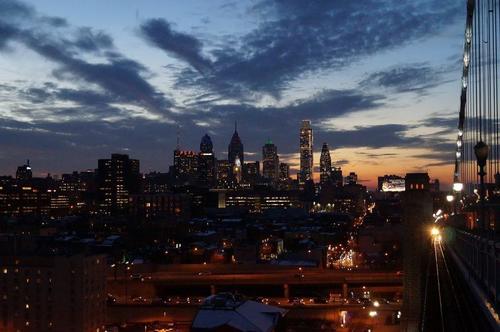 Zero Hedge: If you live near a major U.S. city, you don’t have to go to a movie theater to see a horror show.  Instead, just find out where fentanyl-laced heroin is being sold and go hang out with the drug addicts for a few hours.

If you survive the encounter, it will be an experience that you will never forget.  In city after city, hopelessly addicted men and women wander the streets of our core urban areas like zombies.  Unfortunately, many of them won’t last very long because it is exceptionally easy to die from a fentanyl overdose.

As you will see below, drug overdose deaths in the U.S. were up 30 percent last year, and fentanyl was the main reason.

While we were screwing around in Afghanistan they turned Philadelphia into this pic.twitter.com/sIj5Em51zn

The scene is the fall of Babylon at end of the tribulation. God is about to bring judgment on the kings of the earth as hey will morn the loss of the source of their luxury.

“The voice of bridegroom and bride shall not be heard in you anymore. For your merchants were the great men of the earth, for by your sorcery all the nations were deceived. ” Revelation 18:23

The Greek word for sorceries in this verse is pharmakeia meaning “the use of medicine, drugs, or spells.”

I cannot remember a time when drugs had millions of people wondering if they have been deceived, giving us another clue for the coming tribulation.