Algemeiner: Antisemitic offenses in Germany reached a record peak in 2019, according to police figures released this week, leading the head of the country’s Jewish community to declare that “the time for appeasement is finally over.”

The figure for antisemitic crimes was the highest recorded since 2001, when the German authorities changed their reporting requirements for politically-motivated crimes. Read More …

Opinion: Rule of thumb: work backwards from what we know will happen, then see if the prophecies appear to be in the early stages:

Malachi 1:4 Edom will return to kill the Jewish people – Malachi prophesied that the descendants of Esau would try to take back the land their ancestor squandered – Genesis 25:29-34.

Revelation 6:1-2 World leader emerges to confirm a ME peace plan that will astound the world. The plan will include a temple and somehow the Muslim world will be quiet – Daniel 9:27.

Jeremiah 30:7 A time of trouble for Jacob that will lead to salvation- Zechariah 12:10. 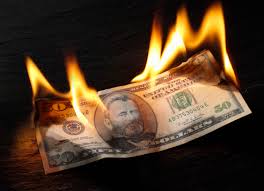 Revelation 6:5-6 Hyperinflation affects the global economy. Economic stress will affect the entire world but the 1% (oil and wine) will prosper until just before the end of 7 years when they will ‘wail and mourn’, Revelation 18:11.

Each one of the 5 prophecies is making headlines around the world daily. There is only one Person holding back the chaos:

“For the secret power of lawlessness is already at work; but the One who now holds it back will continue to do so till He is taken out of the way.” (1 Thess 2:7-8)

When the Holy Spirit goes, the church He indwells goes (1 Thess. 4:16-17). And then the lawless one will be revealed …