Home Antichrist We Have The Technology: AI neural TTS/holograms at Microsoft Inspire 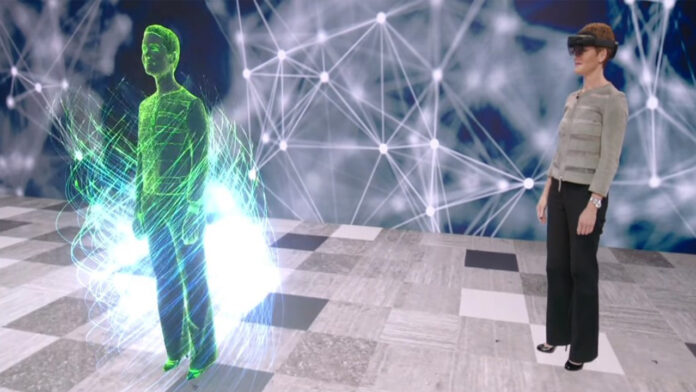 New World Ai: What if neither distance nor language mattered? What if technology could help you be anywhere you need to be and speak any language? Using AI technology and holographic experiences this is possible, and it is revolutionary.

Microsoft has created a hologram that will transform someone into a digital speaker of another language. The software giant unveiled the technology during a keynote at the Microsoft Inspire partner conference this morning in Las Vegas. Microsoft recently scanned Julia White, a company executive for Azure, at a Mixed Reality capture studio to transform her into an exact hologram replica.

The digital version appeared onstage to translate the keynote into Japanese. Microsoft has used its Azure AI technologies and neural text-to-speech to make this possible. It works by taking recordings of White’s voice, in order to create a personalized voice signature, to make it sound like she’s speaking Japanese. Read More ...

The scene is the beginning of the Great Tribulation (Matthew 24:21) The beast, Antichrist, was introduced in Rev. 13:1 and the False Prophet in Rev. 13:11.

In Rev. 13:14-15 the False Prophet, counterfeit head of the final apostate church, has the power to demand those on the earth to make an image of the beast so that the beast can speak.

I have often wondered how that image would be able to speak in all the world’s languages … until now.