Home anti-Semitism The Blue and White Party Promises Another Disengagement: This Time from Judea-Samaria 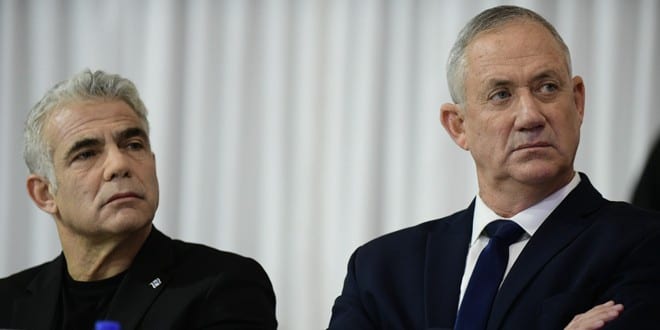 “But the land must not be sold beyond reclaim, for the land is Mine; you are but strangers resident with Me.” Leviticus 25:23 (The Israel Bible™)

German told IDF radio that her party made a political arrangement that would require the uprooting of all Jewish communities in the Jordan Valley in the same way the Jews were expelled from Gush Katif. She compared her party’s platform to Likud’s platform which would see the Jordan Valley annexed by Israel.

German’s statement stands in direct contradiction to the religious Zionist sector as well as many other branches of the right-wing voters who do not support an agenda that transfers land to the Palestinians. Read More …

Opinion: In addition to death and taxes, we can add one more sure thing: Secular liberal Jews will give up land to Arab Palestinians in exchange for peace that will never happen. If the Oslo Accords, the Gaza disengagement plan, or the fiasco currently taking place in Area C, hasn’t taught them a lesson they won’t learn from Leviticus 25:23 either.

In the 1967 Six Day War the Israelis took control of the so-called West Bank (Judea and Samaria) after defeating Jordan Syria and Egypt.

After constant pressure from the US/UN/EU the land was divided into three areas – A, B and C – established as part of the Oslo Accords, signed by the Palestine Liberation Organization (PLO) and Israel in 1993 and 1995.

The agreements led to the establishment of an interim Palestinian government – the Palestinian Authority (PA), which was granted limited powers of governance in Areas A and B. Area C, however, was to remain under Israeli control and has been poached with illegal construction of Palestinian settlements and businesses ever since.

In 2005, the Gaza disengagement plan put in place by then Prime Minister Ariel Sharon and George W. Bush, forced 8000 Jewish families from their homes and turned the land over to Arabs who claimed to be Palestinians in exchange for peace.

Since a decision in January 2012, the European Union has committed to the expansion of illegal Palestinian settlement in Area C in conjunction with the Palestinian Authority, disregarding the Oslo agreements, which the EU officially upholds. The aim is to create continuous Palestinian settlement throughout Judea and Samaria and indirectly isolate and strangle Israeli settlement.

For the first time in the 100-year-old conflict between the Zionist movement (and later the State of Israel), the Palestinians under the auspices of the PA and the EU, are surpassing the former in strategic settlement, over which the Zionist movement once enjoyed a monopoly. More …

The UN/EU and the secular left in the US are more than willing to divide God’s land. It is not their land to divide, and they will pay a price (Joel 3:1-2).