Home anti-Semitism The End of an Era in Palestinian Politics

Ynet News: Thirty-six parties will run in the Palestinian parliamentary elections in May, if they actually take place that is.

This is a massive number of candidates, all of whom have been required to pay a serious personal price in order to run.

Candidates must resign from their job (unless it is in the public sector) and wait for their resignation to go into effect, thereby running the risk of not being able to come back to their workplace if they lose. 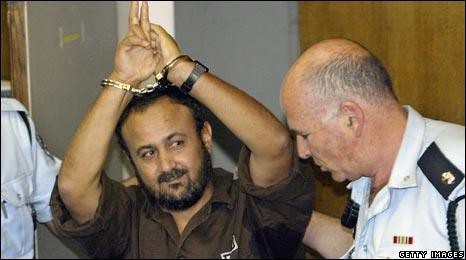 They can also expect to face an array of administrative and social sanctions for their respective political affiliations, such as appearing on the list of breakaway Fatah candidates headed by Marwan Barghouti, who is currently serving time in an Israeli jail.

Palestinians have also understood the importance of this vote, with voter registration being recorded at a record 93.3%.

Opinion: Marwan Barghouti was convicted of murdering 5 Israelis and being one of the Leaders of the 1st and 2nd intifadas.

That’s how old the longest blood feud in history has gone on, 3500 years and counting. And the upcoming Palestinian election will not change a thing.

Amalek is a name few Christians have heard of. He was the illegitimate grandson of Esau, who was the first to draw Jewish blood after the Israelites crossed the Red Sea in the Exodus. His name is synonymous with Esau in relation to his blood lust to destroy Jacob (Genesis 27:41) and God’s displeasure is displayed in His instructions to Israel’s first king Saul to kill all the Amalekites, men, women, children, and animals.

“Now go and smite Amalek, and utterly destroy all that they have, and spare them not; but slay both man and woman, infant and suckling, ox and sheep, camel and ass.” 1 Samuel 15:1-3 KJV

Saul disobeyed. The next time we hear of one of Amalek’s descendants is in approximately 400BC in one named Haman, in the book of Esther.

Haman devised a plan to kill all the Jews of Persia (modern day Iran), but God provided a heroine named Esther, ‘for such a time as this‘ Esther 4:14.

So how do I know that Amalek and Haman, descendants of Esau, are the predecessors of the Palestinians of today?

“Even though Edom has said, “We have been impoverished, But we will return and build the desolate places, Thus says the Lord of hosts: “They may build, but I will throw down; They shall be called the Territory of Wickedness …” Malachi 1:4

Esau’s descendants are right where they are prophesied to be.