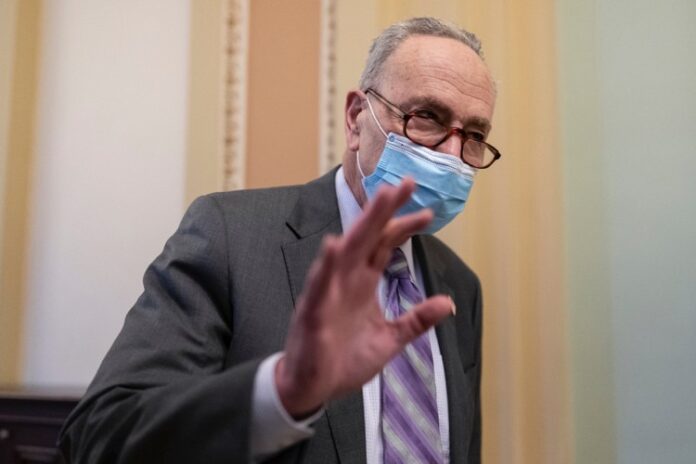 The New American: Trump was acquitted (Saturday) when only 57 senators voted to convict, well short of the two-thirds majority needed.

Oh, Trump did use the word “fight” numerous times prior to the Capitol mayhem, points out our Leftocracy. Well, I guess he should be shot.

Of course I don’t mean that. But that’s the point: We all use figurative language at times, including combat-oriented terminology and that which could be called, by an alien oblivious to our cultural norms, “violent.” But if that’s legally actionable, arrest every teen who’s ever told a sibling jokingly, “I’m gonna’ kill you!”

More to the point, we’ll have to arrest every Democrat, too. And Trump impeachment defense lawyer David Shoen made this point very effectively Friday, showing the Senate a video of Democrats not only copiously using the word “fight,” but in some instances actually encouraging violence.

The first example is House Speaker Nancy Pelosi (D-Calif.) saying, “I don’t know why there aren’t uprisings all over the country; maybe there will be.” This is followed by Representative Ayanna Pressley (D-Mass.) proclaiming that “there needs to be unrest in the streets for as long as there’s unrest in our lives.” Note that the latter was uttered in the midst of the approximately 600 violent Democrat riots of the last year.

Then came senators Jon Tester (D-Mt.), Cory Booker (D-N.J.), and others talking about the need to go “punch” Trump.” Other lowlights include: