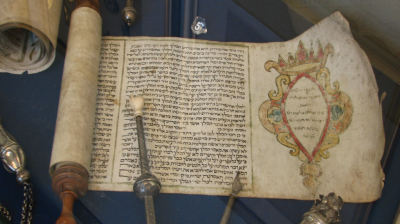 “Then Haman said to King Ahasuerus, “There is a certain people scattered and dispersed among the people in all the provinces of your kingdom; their laws are different from all other people’s, and they do not keep the king’s laws. Therefore it is not fitting for the king to let them remain.” Esther 3:8

If there was ever a quintessentially Jewish holiday, it’s Purim, when the Jewish people were threatened by Haman, a descendant of Amalek, and saved by God’s hidden hand. Even so, we find examples of people from the nations being inspired by the story of Purim and even gathering to mark the day alongside the Jewish people.

Genesis 36:12 teaches us that Amalek, the eternal enemy of the Jewish people, was the grandson of Esau.

Timna was a concubine of Esau’s son Eliphaz; she bore Amalek to Eliphaz. Those were the descendants of Esau’s wife Adah.

Exodus 17:16 teaches us that there is an Amalek in every generation.

We have been writing about Purim since 2011. The Purim account was the inspiration for our first and only book, Antichrist: The Search for Amalek.