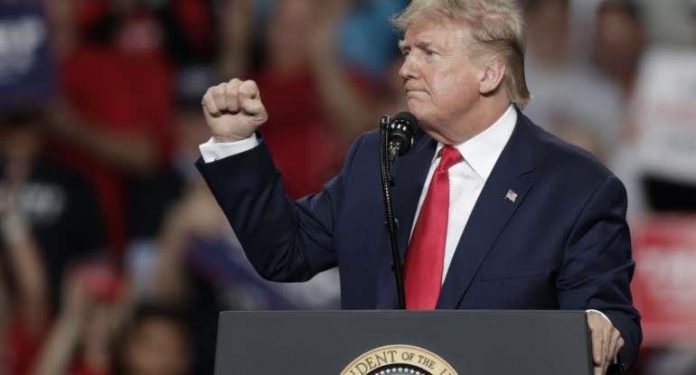 Zero Hedge: One day after Bloomberg reported that the White House envisions as much another $1 trillion in the next round of economic stimulus, during his morning press conference praising the payrolls data, President Trump said he’ll ask Congress to pass more economic stimulus, including a payroll tax cut, even after the government reported a surprise improvement in U.S. unemployment on Friday.

“We’ll be going for a payroll tax cut,” Trump said as he was celebrating the jobs report that left most economists speechless. “It’s going to be a tremendous incentive for businesses. We’ll be asking for additional stimulus money.”

Unironically, just before he announced the need for even more stimulus, the president was praising the V-shaped recovery in both the economy and the stock market. Read More …

Opinion: Congress has already paid out $2.8 trillion in stimulus for Covid -19. All of that will add to the federal deficit and none of that will be paid back. It will simply add to the National Debt, making each man, woman, and child in debt to the government for $100,000.

At 1:05 PM EST today on Prophecy Today Radio, Jimmy DeYoung will ask me (taped previously) about this very thing, based on my post from May 30 titled: “The Spread of the Debt Crisis’. In that post, it was pointed out that the federal deficit, or the amount the government spends above what it takes in, will exceed $4 trillion this year pushing the  federal debt to over $30 trillion, or over $100,000 debt for every person in America.

Now, my next remark is where it gets even crazier::

“The $100,000 owed by all 331 million Americans is based on the debt we owe now. Any future spending, like President Trump’s promise to help thousands of small businesses get back open after the riots end, will add to that amount.”

So it didn’t take long for the government to do just that and more. President Trump is now talking about another trillion (that will never get paid back) and just like the last stimulus, we can expect the markets to go crazy. But, we can also start to see food prices rise as well:

Rice – the staple food for half of world’s population – is becoming increasingly unaffordable, “surging 70% since Jan on COVID-19 labor supply chain hit & stockpiling.”