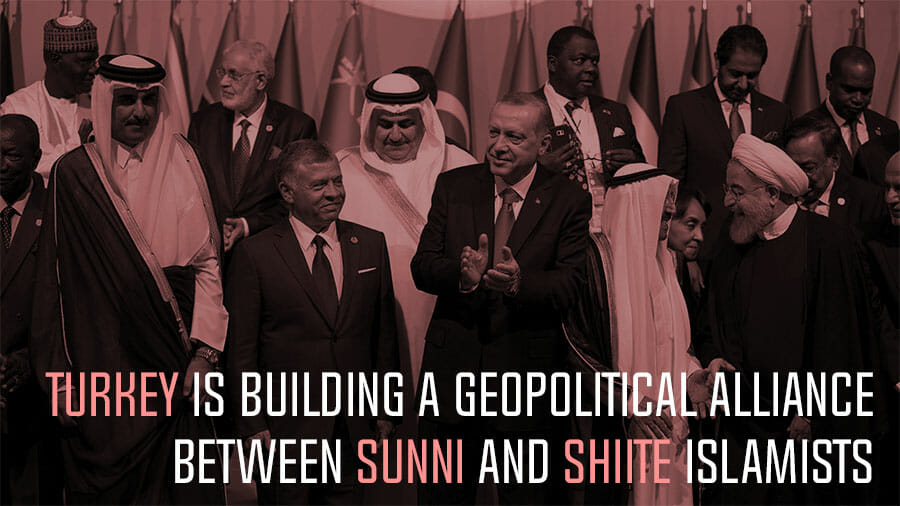 EXECUTIVE SUMMARY: The recent news about the involvement of Iranian diplomats in the murder of an Iranian dissident in Turkey sparked a flare of international interest from within the all-encompassing coronavirus pandemic coverage, largely thanks to unflattering comparisons with coverage of the Jamal Khashoggi murder in 2018 (which the Iranian press promoted with gusto). The relative lack of interest in the crime from within Turkey itself reflects Ankara’s willingness to consort with Shiite Islamists to its own advantage.

The involvement of the Iranian government in assassinations of dissidents in Turkey should come as no surprise to anyone who has been watching the military and ideological alliance that continues to grow between the countries despite their seemingly clashing long-term interests. In view of that alliance, it is naïve to expect Ankara to create a rift with Tehran over Iran’s involvement in a killing on Turkish soil.

Opinion: I have often wondered how a Shia Sunni alliance would come about in order to fulfill prophecy. And who could be better suited than Recep Tayyip Erdogan the man who whose dream is to reestablish the Islamic caliphate and be crowned the Sultan of Turkey.

In our eBook Blood Feud I illustrated how both factions of Islam would fight side by side.

If you look closely at the two alliances, none of the Islamic armies of Psalm 83 are in Ezekiel’s war. It would be impossible to imagine the massive Gog Magog alliance covering Israel like a cloud (Ez. 38:9,  and yet none of Israel’s Arab neighbors joining in, indicating they are so defeated from Psalm 83 that they are unable to launch an attack.

Israel has not lost a war since her prophesied rebirth (Isa. 66:7-8), and according to Amos 9:25, they will never lose one again.

I will plant Israel in their own land,
never again to be uprooted
from the land I have given them,”