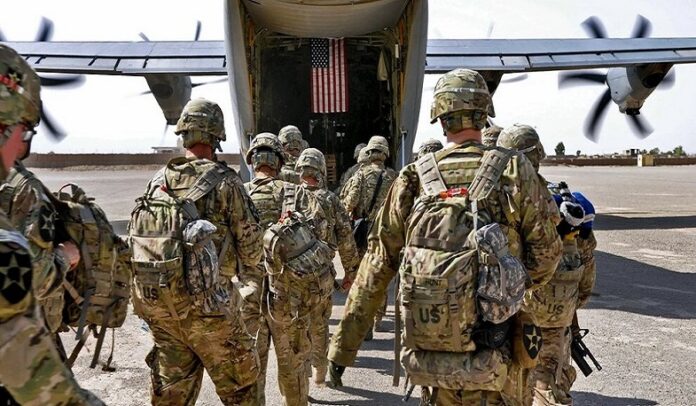 While Iran says it isn’t trying to build nuclear weapons, a look at its key facilities suggests it could develop the technology to make them. WSJ breaks down Tehran’s capabilities as it hits new milestones in uranium enrichment and limits access to inspectors.

Wall Street Journal: The Pentagon is pulling approximately eight Patriot antimissile batteries from countries including Iraq, Kuwait, Jordan and Saudi Arabia, according to officials. Another antimissile system known as a Terminal High Altitude Area Defense, or Thaad system, is being withdrawn from Saudi Arabia, and jet fighter squadrons assigned to the region are being reduced, those officials said.

The accelerated withdrawals reflect several recent changes on the ground in the Middle East as well as Washington’s own strategic imperatives under the Biden administration. As the war in Afghanistan winds down, ending two decades of counterinsurgency as a chief driver of U.S. troop and weapons deployments, the Biden administration wants to bulk up forces directed at countering China, its chief rival in a national security landscape now defined by competition between the major powers.

Separately, the Biden administration’s policy toward Iran—the chief U.S. adversary in the Middle East—is focused on negotiations over re-entering a revised version of the 2015 international nuclear agreement.

Opinion: Prophecy watchers will see a greater risk of war. In the future Gog Magog invasion, a Russian prince will take advantage of the US pullout and lead Turkey, Iran, and at least 4 North African nations in a last ditch attempt to take Israel’s vast oil wealth.

“Sheba and Dedan and the merchants of Tarshish and all her villages will say to you, “Have you come to plunder? Have you gathered your hordes to loot, to carry off silver and gold, to take away livestock and goods and to seize much plunder?” Ez. 38:13

The invasion will swarm like locusts and cover the land. It will appear to that world that with no nation to protect her, Israel will surely be destroyed, when God Himself intervenes.

“I will summon a sword against Gog on all my mountains, declares the Sovereign Lord. Every man’s sword will be against his brother.” Ez. 38:21

The war is either just prior to or early into the 7 year tribulation period. Jews around the world will know that similar to the 6 day war of 1967, it was God who provided victory (Ez.38:18-21) and return to covenant relationship:

“From that day forward the people of Israel will know that I am the Lord their God” (Ez. 39:22)

as the diaspora comes to an end …

“Then they will know that I am the Lord their God, for though I sent them into exile among the nations, I will gather them to their own land, not leaving any behind” Ez. 39:28.