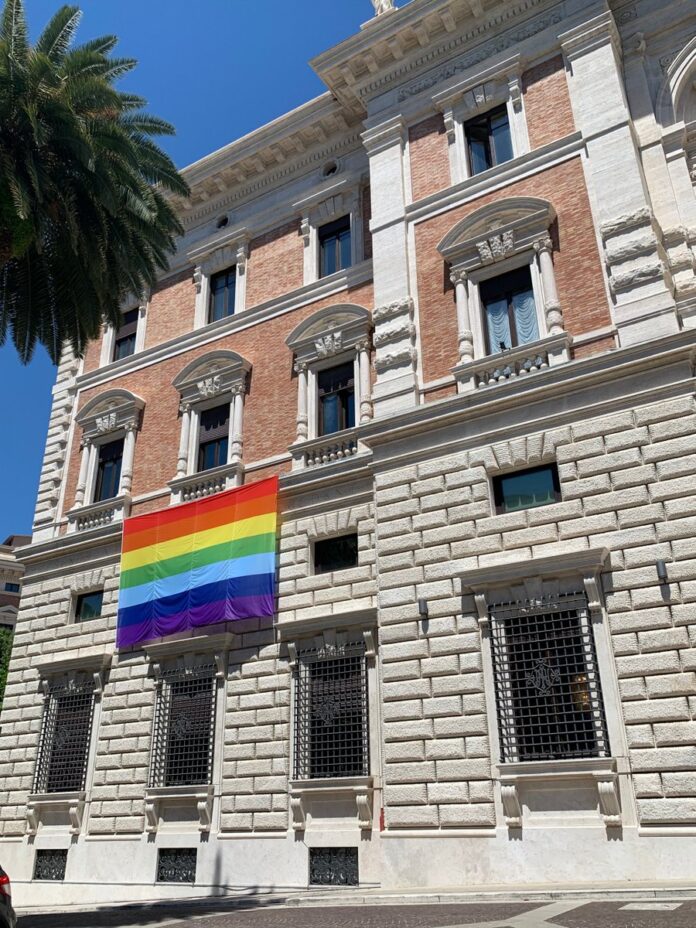 LifeSite News: The United States Embassy to the Holy See is flying a colorful flag this month, but it’s not Old Glory. Today the U.S. Embassy to the Vatican announced over Twitter that it is celebrating “Pride Month” by exhibiting the bright rainbow stripes of the gay liberation movement.

“For this cause God gave them up unto vile affections: for even their women did change the natural use into that which is against nature” Romans 1:26 KJV

Tweeting a photo of the flag hanging from the balcony of its building in Rome, an Embassy representative wrote, “The U.S. Embassy to the Holy See celebrates #PrideMonth with the Pride flag on display during the month of June. The United States respects the dignity and equality of LGBTQI+ people. LGBTQI+ rights are human rights.” Read More