Zero Hedge: US military equipment, including armored vehicles worth hundreds of thousands of dollars each, have reportedly been spotted in Iran following the US withdrawal from Afghanistan, several social media accounts have reported.

Kian Sharifi, a BBC journalist focused on Iranian politics and social media, tweeted on Wednesday several photographs of Humvees and other military vehicles on a highway connecting the central city of Semnan to the city of Garmsar, southeast of the capital Tehran.

“Persia, Cush and Put will be with them, all with shields and helmets” Ezekiel 38:5

Sharifi said the photos came from an Iranian Telegram channel, which speculated the vehicles were either sold by the Taliban to Iran, or were taken from Afghan soldiers fleeing the country after the group took over most of the country, including the capital, Kabul, last month.

An Iranian Telegram channel that covers military stories has released these “exclusive” images that purportedly show humvees and other military vehicles spotted on the Semnan-Garmsar road in #Iran. What I am certain of is that those are humvees and that is an Iranian road. 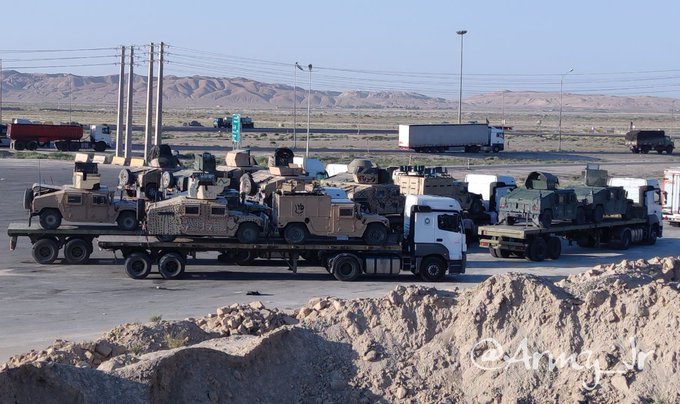