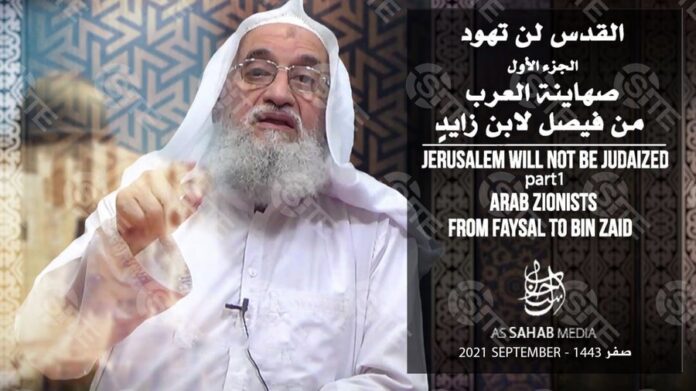 Zero Hedge: It’s been years since the world heard from Al-Qaida leader Ayman al-Zawahri, who became the main face of the terror group after the 2011 death of Osama bin Laden. After the wars in Iraq and Syria and with the rise of ISIS, al-Qaeda has also seen its “prestige” eclipsed in recent years.

Zawahri has even long been rumored to be dead; however, a new video of the reclusive 70-year old jihadi and one of the founding members of al-Qaeda is being considered fresh proof that he’s still alive and is directing the organization. The video was reportedly released to mark the occasion of the 20th anniversary of the 9/11 attacks, as The Associated Press details:

““Behold, I will make Jerusalem a cup of trembling unto all the people round about, when they shall be in the siege both against Judah and against Jerusalem.” Zechariah 12:2

The SITE Intelligence Group that monitors jihadist websites said the video was released Saturday. In it, al-Zawahri said that “Jerusalem Will Never be Judaized,” and praised al-Qaida attacks including one that targeted Russian troops in Syria in January.

But there’s speculation that it may have been recorded at the start of this year, given no mention is made of the recent Taliban takeover of Afghanistan. Rita Katz, head of the counter-terror analysis group SITE, said in a weekend statement of Zawahri that “He could still be dead, though if so, it would have been at some point in or after Jan 2021.”