Arutz Sheva: The Biden administration paid $135 million to the United Nations Relief and Works Agency for Palestine Refugees (UNRWA) on Saturday after an agreement was signed last week, which for the first time, condemns anti-Israel hatred, i24NEWS reports.

“The signing of the framework agreement between the United States and UNRWA, as well as this support, demonstrates that the United States is once again a permanent partner who understands the need to provide assistance to some of the most important refugees vulnerable in the region,” UNRWA Commissioner-General Philippe Lazzarini was quoted as having said.

UNRWA announced the news of the US grant and the framework agreement the day after the end of the visit of the US Assistant Secretary of State for Israeli and Palestinian Affairs, Hady Amr, to Israel and the Palestinian Authority, which started on July 11. Read More …

Opinion: President Joe Biden is dismantling every vestige of protection that Donald Trump provided Israel on a promise that UNRWA miraculously has changed its total hatred of Israel.

It is UNRWA that has spent the last 70+ years demanding that Palestinians deserved a ‘right of return’ for 5 million Arabs who were displaced in the 1948 Israeli war of independence. These are the same refugees who turned down a two-state solution in 1947 and chose war instead.

To remedy the problem in favor of the Arabs, the UN created UNRWA in 1949 and changed the definition of refugee for Palestinian Arabs. Historically, a refugee is someone forced to leave a permanent or habitual home.

For the Palestinian Arabs only, the definition is changed from “permanent”
or “habitual” to a two-year occupancy: “persons whose normal place of residence was Palestine between June 1946 and May 1948, who lost both their homes and means of livelihood as a result of the 1948 Arab-Israeli conflict.” Peters’ research of the facts led her to support the state of Israel.” (excerpt Joan Peters “From Time Immemorial”/Antichrist: The Search for Amalek page 133)

In 2018 the Trump administration issued a report contesting the official number of Palestinian refugees, claiming there were only about half a million of them (that might have been a mistake in the news report, adding an extra zero, as estimates are now at only 50,000 original refugees), compared with more than five million according to UNRWA.

Then there is the itsy-bitsy totally insignificant matter of UNRWA schools: 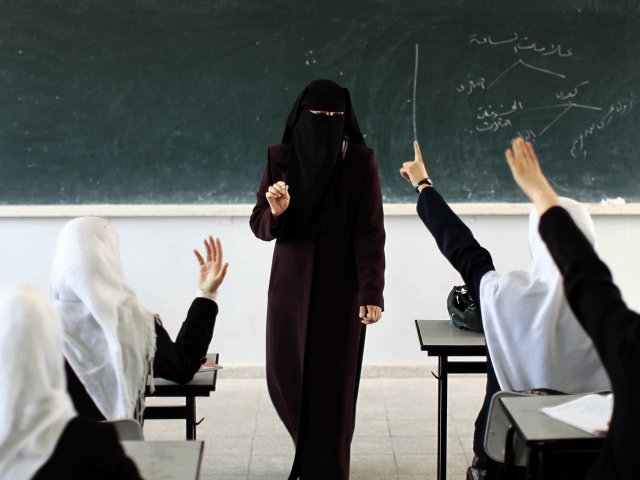 UNRWA-produced material frequently references, and sometimes directly reproduces, texts and phrases from the PA textbooks that glorify violence and sacrificing one’s life and blood to defend the “motherland.” Such examples include Arabic grammar exercises that use the language of jihad and sacrifice and passages that celebrate known terrorists such as Dalal Mughrabi. In past statements, UNRWA officials have explicitly denied teaching students the sections of the PA curriculum that discuss Dalal Mughrabi, making the inclusion of these passages even more surprising and concerning.

The final prophet of the OT, Malachi 1:4 identified the origin of the Palestinians of today…