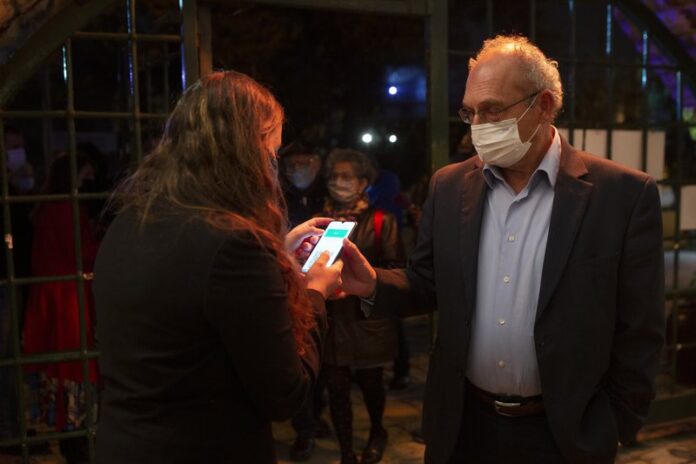 AP, Tel Aviv: Violet light bathed the club stage as 300 people, masked and socially distanced, erupted in gentle applause. For the first time since the pandemic began, Israeli musician Aviv Geffen stepped to his electric piano and began to play for an audience seated right in front of him.

“A miracle is happening here tonight,” Geffen told the crowd.

Still, the reanimating experience Monday night above a shopping mall north of Tel Aviv night was not accessible to everyone. Only people displaying a “green passport” that proved they had been vaccinated or had recovered from COVID-19 could get in.

The highly controlled concert offered a glimpse of a future that many are longing for. Read More …

Opinion: If they only knew what was coming and the price they will pay. Israel’s past destruction at the hands of Babylon’s king Nebuchadnezzar in 586 BC, left them with no defense against God’s judgment.

“Every hand will be feeble,
And every knee will be as weak as water.
18 They will also be girded with sackcloth;
Horror will cover them;
Shame will be on every face,
Baldness on all their heads.” Ezekiel 7:15-16

There was no escape. Those who sought protection within the city walls faced famine and disease. Ezekiel 13:8 had prophesied that two thirds shall be cut off and perish and there would be a remnant of one third who would survive.

The coming 7 year tribulation period will be the same. The global economy will be so tightly controlled that a ‘mark’ on the right hand or forehead will be needed for buying and selling (Revelation 13:16-17).

With the global economy under the oppression of Antichrist, paper money and gold and silver will become worthless as in the days of the Babylonian Captivity.

Ezekiel warned God’s people that judgment was coming. In the same way, the Apostle John warned a future Jewish people that a final judgment will come and their great wealth will be worthless in the Day of the Lord (Jeremiah 39:7).

The Danger Of Ignoring Dictatorial Powers of a Technocracy

SUNDAY STUDY: What On Earth Is God Doing?